Rumor has it that it's summer and even the calendar proclaimed it as such on June 21st but you'd be hard-pressed to believe it here in New England where a lot of us are beginning to think that somehow the country was spun around and we are now living in Seattle! The sun has been virtually nonexistent this year - or so it seems - and truth be told, it's getting a bit depressing - particularly after the brutal winter we went through.

Mother Nature occasionally teases us with a nice day, though, just to give us a glimmer of hope or a reminder that the sun is still out there - somewhere - doing what the sun does best in the summer so I thought I'd take a moment just to ask everyone -

What are your summer plans? 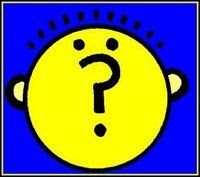 Personally I've been craving a train trip of some sort but that's probably because I've been taking way too many pictures of train tracks! Currently, though, there aren't any plans to go anywhere in particular or do much of anything except perhaps a short visit to see the cousins in Massachusetts while Jamie is here.