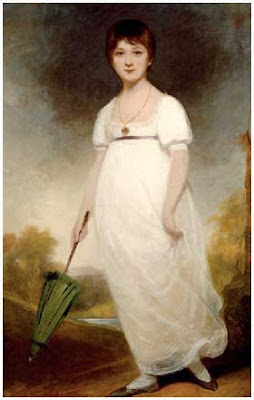 Yesterday was the epitome of Chick Flick Sunday at work as Jen and I watched not one or two but THREE Jane Austen related movies in between being very busy with the radio and telephones. Jen wondered if I had gotten a little carried away with the NetFlix queue but I guess they just lined up that way when I was checking off movies for inclusion.

We watched the Masterpiece Theater editions of Mansfield Park and Northanger Abby and then followed that up with Miss Austen Regrets which was based on the last few years of Jane Austen's life as she looks back on her life and loves and helps her favorite niece, Fanny, decide about a husband. I believe that most of the movie was culled from letters to her sister and other bits and pieces of family correspondence.

Truth be told, it's kind of depressing as it's very sad to think that a woman who wrote so compellingly of love and passion ended up spending her life as a spinster living with her mother and her sister, Cassandra. Still, you've got to admire someone for sticking to their principals of not getting married simply for convenience or money - as was often the case during the time period in which Miss Austen lived. Jane wanted to marry for love and if she couldn't marry for that then she wouldn't marry at all. 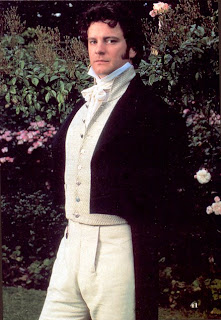 One of the lines I liked best in Miss Austen Regrets is when she is talking to her niece Fanny about men and tells her that "the only way you can get a man like Mr. Darcy is to make him up". Sad, but true, particularly if your favorite Mr. Darcy is the one played by Colin Firth (rowr!). Still, if you're an incurable romantic like myself, you always hope that someday your own Mr. Darcy will show up on your doorstep perhaps lost and looking for directions that only you can provide him.

Alas, I am no Elizabeth Bennett, Catherine Morland, Fanny Price, Ann Elliott, Eleanor or Marianne Dashwood, or Emma Woodhouse though there are times when I fervently wish I was as even though they have to go through some tough times to get there - all of these heroines eventually end up with the man they love and, for all intents and purposes, live happily ever after. Right?

Just for kicks, I took a quiz to see what Jane Austen character I am and got the following results which I don't think are quite right:

Alone - yes, for the most part ... quiet and don't speak out? No, I don't think so! And I also rather doubt I serve as anyone's unfortunate scapegoat! Still, she held out for her Edward and she got him in the end so in that case, I guess I wouldn't mind being Fanny Price after all. Truth be told, though, I really do believe I am more Marianne Dashwood then any other Austen character.

How about you? Anyone else want to take the quiz and tell me your results? Guys - you are excluded unless you're feeling brave!
Posted by Linda at 6/22/2009