"The Moving Wall" Stops in Norwich 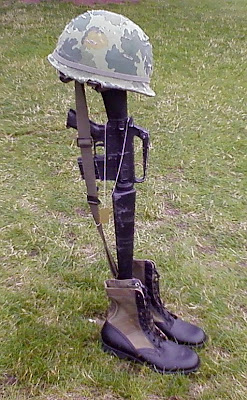 Since June 5th, Norwich has been celebrating its Semiseptcentennial - 350th birthday - with various and assorted tours, a reenactment of the deed signing between the Colonists and the Mohegans, Riverfest with dragon boat races, a kids trout fishing derby and a whole host of other events.

The big event for this weekend was the arrival and display of the traveling Vietnam Wall Memorial which was set up at Howard T. Brown Park near the marina. "The Moving Wall" is a 3/5th scale of the Vietnam Memorial in Washington DC that stands six feet tall at the center and covers almost 300 feet from end to end which has been touring the country for more than twenty years. The Wall's visit to Norwich was sponsored by Norwich VFW Post 594 and it was quite the site to see.

After Amanda's party last night, Amy and I took the girls down to Howard T. Brown Park to look at The Wall and take some pictures while reflecting upon all of the lives lost not just in Vietnam but throughout America's history as there were also displays from the Korean War, the Wars in Irag and Afghastan, and a 911 tribute.

We stopped by briefly again today so that Amy could look up the name of a friend amongst the dogtags of those killed in action in Iraq. The stop was unplanned so I didn't have my camera with me but I did have my trusty cellphone to capture a few images under the cloudy skies. 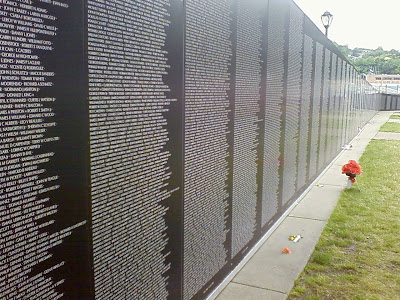 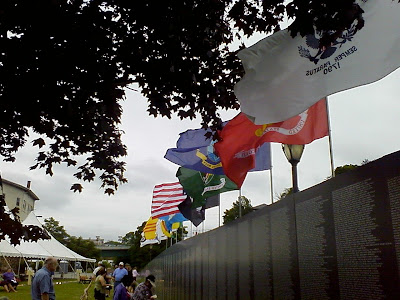 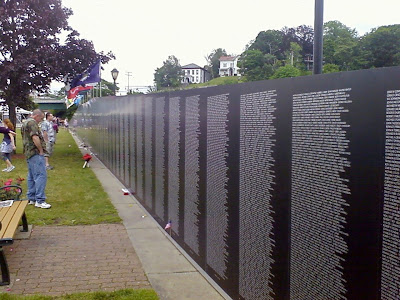 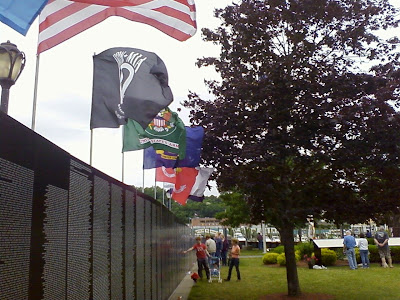 With over 58,000 names on The Wall I am always very thankful that my Dad's name is not among them though it very well could have been as he was injured during a bombing raid in Danang, Vietnam during his tour there. Instead he came home with the shrapnel they'd removed from his leg as well as a Bronze Star and Purple Heart Medal. It's my understanding that he would have been just as happy to not have any of the three but he served proudly in the United States Air Force for over 20 years serving during both the Korean and Vietnam Wars and I was always proud of him.

No doubt there are families standing proudly behind all of those 58,000+ names and missing them every single day; for that reason I set the following video to a song from the Statler Brothers - More Than a Name on a Wall. Don't forget to thank a veteran next time you see one.