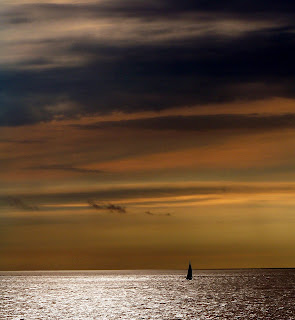 Earlier in the week I was kicking around the idea of packing up the girls and heading out to Cape Cod for a couple of my days off. With good weather in the forecast, I thought it might be a nice relaxing end to Jamie's time here for the summer. She'll be flying back down to Florida on Saturday and I thought something special might be in order.

I was envisioning some time at the National Seashore watching the waves roll in while the girls spent some time battling those same waves; perhaps a drive to a lighthouse or two; and then watching the sun set in one direction while a full moon rose in another. Except for the fact that there might be too many tourists on the Cape, it sounded like a nice relaxing and enjoyable time.

When I put the suggestion to the girls, though, I wasn't overwhelmed by their enthusiasm for the idea. Instead I got a chorus of "Can't we go somewhere else?" Obviously my idea of a good time is not theirs. "Okay, so where would you like to go?" Amanda piped up with "New York City!" and Jamie soon followed suit. My initial reaction was "No, New York wears me out" but after giving it some further thought, it didn't sound like a bad idea and might even actually be a good one. 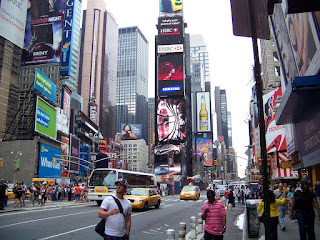 Granted, New York does wear me out but it's a good idea because Amanda can go spend time with her friend Sami, who lives in Brooklyn, while Jamie and I can spend some time together doing things that I've always wanted to do but never had the chance to and that Amanda might not find all that interesting. With Amanda off spending the day with her friend and only Jamie with me, I'm not going to have to worry about playing the traveling version of "Family Feud" except in the car on the way down and back but I'm sure they'll both be on their best behavior all things considered. This could be a wonderful thing!

So what do I have on the agenda for today? Once we take the train into the city from either Port Chester or New Rochelle (oh, Rob!) and Amanda hooks up with Sami at Grand Central Station then Jamie and I are off to Central Park where I have reserved a couple of bicycles for three hours so that we can ride around the park and see some of the wonders that it has to offer - the carousel, Lowe's boathouse, Belvedere Castle, Bethesda Fountain, Strawberry Fields, and a lot of other places I've only seen in the movies. We're not going to be able to cover the entire 843 acres or see everything there is to see but I think we'll be able to put a pretty good dent in the very first public park built in America. 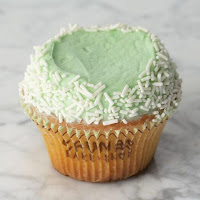 After all that exercise we're going to go in search of a Crumbs Bake Shop and we're going to have ourselves a snack! One of the guys at work was telling me how incredibly good the cupcakes at Crumbs are and with the a Key Lime cupcake on the menu you can bet I'll be all over that like ... well ... like a fat kid on a cupcake! Trust me, I have the addresses for numerous locations already printed out so I'm sure we'll be able to find one! 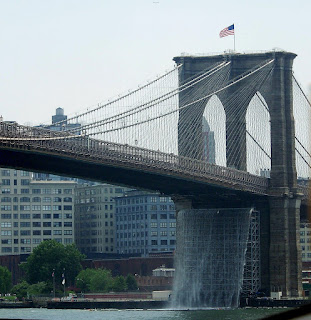 Following that we're going to go do something I've always wanted to do - walk across the Brooklyn Bridge. Amanda has a major fear of heights so I know this isn't an activity she'd want to participate in but Jamie is my fearless child and I think she'll really enjoy it. Rumor has it you can get some beautiful pictures midway across and I promise to try my best to do so!

Once we get to Brooklyn, we're going to hop on the subway and head out to Coney Island to eat hot dogs at Nathan's, ride the Cyclone, and maybe - just maybe - take a spin on the Wonder Wheel. I believe our plans are to meet up with Amanda and Sami at Coney Island and maybe even stick around for the Friday night fireworks if it isn't too crowded and the girls are so inclined. Seems to me to be a good way to wrap up Jamie's summer.

All in all, I think it will be a great day and even though I am more than sure that New York is really going to wear me out at least Jamie will have some great memories to take back to Florida with her when she gets on the plane on Saturday.