"Horsing" Around in East Providence 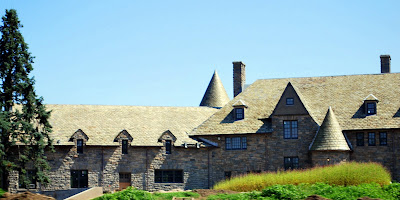 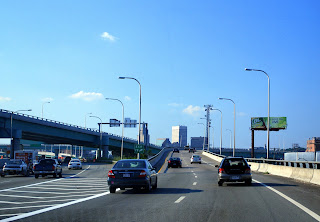 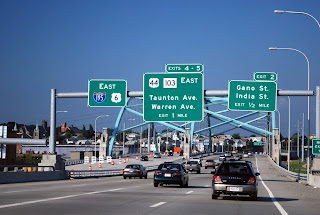 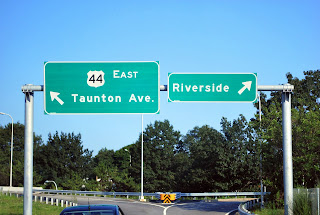 Leaving the beauty of the River Bend Cemetery in Westerly behind, Amanda and I continued east on Route 1A towards Watch Hill on our impromptu road-trip this past Saturday. I had hoped to find a lighthouse there but after finally getting there and looking at the crowds of people and cars, I decided that the best thing to do was make a big loop on out of there and come back at another time when it wasn't one of the few nice Saturdays of the summer.

After making a brief stop at my son's house in Bradford, we got back on the road with our new objective of East Providence as I had read about a historic carousel located there. Normally I wouldn't drive in Providence if you paid me but I figured it probably wouldn't be too bad on a late Saturday afternoon. Turned out that I was right as the traffic going into Providence wasn't nearly as bad as all of the cars on Route 1 as people began to make their way back from the beaches that draw thousands to the Rhode Island coastline.

I've come to the conclusion that if I am going to continue to try to make the occasional road-trip that I really might want to consider investing in a GPS which would make things a lot easier. I had printed out rudimentary directions prior to leaving home just in case we wandered out towards East Providence but I seemed to be having problems with my TNS (Teenage Navigation System) in that it was more concerned about what was playing on the radio then reading me the directions! Still, we didn't make any wrong turns and traffic was light as we approached the turn-off that would lead us out to Riverside, which is the southern most section of East Providence, and the 114-year old masterpiece of Charles I.D. Looff. 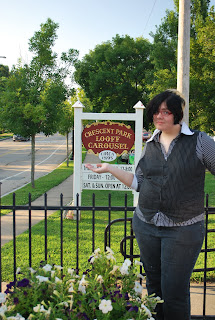 In 1886, Colonel George Boyden established Crescent Park Resort in Riverside (then known as Wannamoisett) around the 400-foot Bullocks Point Dock. Colonel Boyden commissioned the famous wood carver Charles I.D. Looff to build a carousel that would come to be the cornerstone of the park which, in its heyday, was known as "the Coney Island of New England".

Considered to be the first of the great American carousel manufacturers, Charles I.D. Looff, a native of Denmark, immigrated to the United States in August of 1870 and settled in Brooklyn where he found work as a carver in a furniture factory. After work, he would bring home scraps of wood and carve them into carousel animals. Those animals eventually became the first carousel at Coney Island when Looff assembled his wooden horses and animals onto a circular platform and created his first amusement ride. Following that success, he opened his own factory and built two more carousels carving all of the animals himself. 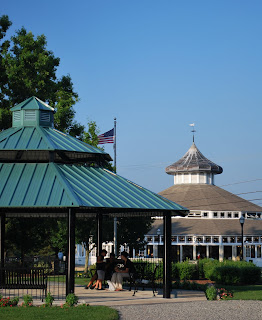 After being commissioned by Colonel Boyden, Looff built a large carousel at the head of the 400-foot pier that received throngs of people from the steamboats that cruised up and down Narragansett Bay during the summer months. When his home in New York was taken under Eminent Domain to establish a park, Looff then moved his wife and six children to the area of the Crescent Point Amusement Park where he set up his new workshop. Shortly afterward, Looff built another carousel in 1895 a short distance away from his original carousel that was then used as a showpiece for prospective buyers to choose the types of horses and other things they wanted for their own carousels. It is that second carousel that is still in operation today as the Crescent Park Looff Carousel.

The largest and most elaborate of Looff's works, this grand carousel features 62 horses, four chariots, and one camel as well as a Ruth Style 38 organ to provide the music that all good carousels require. It even has brass rings that riders can try to grab as they whiz past the arm that holds them out which are then thrown into the waiting clown's mouth. If you get the gold ring, though, don't throw it away as you can trade it in for a free ride! Also, don't think you'r going to keep one of the brass rings as a souvenir as it's against the law to remove them from the building. 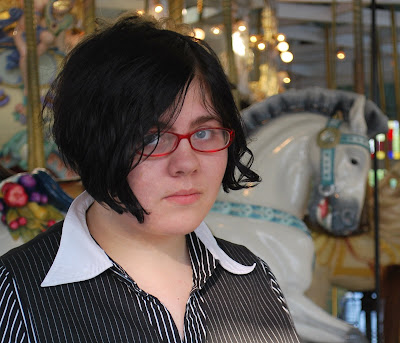 Neither Amanda not I took a whirl on this wonderful carousel as I tend to get a little sick just going around in circles and Amanda pleaded a slightly queasy stomach from too many Swedish Fish on the way over but I had a great time taking pictures and watching the smiles on the faces of the children that were riding either with or without a parent standing next to them. 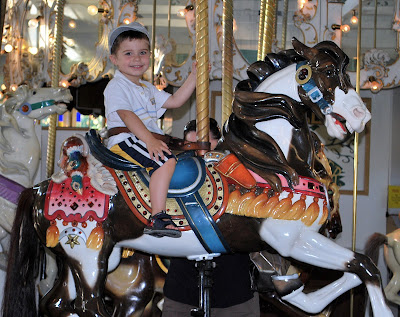 You could tell this little fella was having the time of his life as he smiled happily for the camera while his mom got his leather strap adjusted and ready for the ride. I honestly don't think there's anything that makes a child happier than picking out his or her horse and taking a ride on a carousel. As a kid it was always my favorite ride as I always loved horses and riding one on a carousel was probably about as close to the real thing as I was ever going to get; that and there was just something magical about the carved horses and the band music and the feeling of flying on a "galloping" horse. 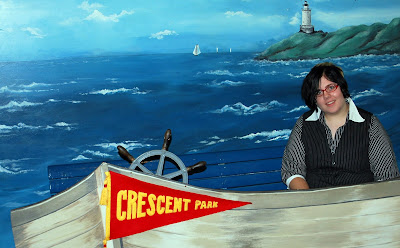 I couldn't get Amanda to go on the carousel but I did talk her into posing for a picture by the Crescent Park dinghy. Come to think of it, she looks a little dingy here herself! I can't remember if I promised not to post that picture or not ... oh well, too late now! 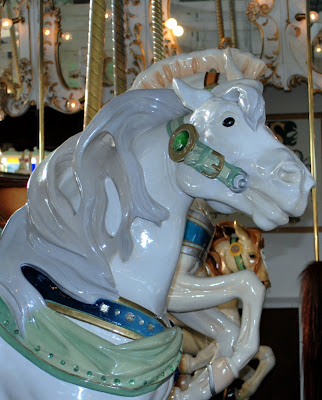 The Crescent Park Carousel, which is nationally recognized as a true masterpiece of wood sculpture, was rescued in the 1970's by a handful of East Providence residents who continue to maintain it today. In 1976 it was placed on the National Register of Historic Sites and Places and in 1985 the Rhode Island General Assembly proclaimed the carousel as the "State Jewel of American Folk Art". In 1987, the Department of the Interior's National Park Service designated the carousel as a National Historic Landmark.

When I was talking to my mom recently about our trip out to see the carousel she told me that she remembered Crescent Point Park and going out there when she was a kid. I would be willing to bet she even rode this carousel a time or two and maybe even caught the brass ring! 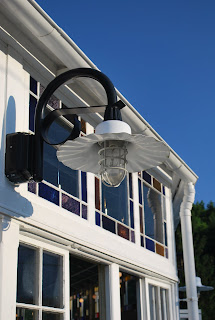 While doing some research, I found out that there is another Looff carousel in Rhode Island at the Slater Memorial Park that I need to check out. Built in 1895, the carousel there was originally located in upstate New York but was moved to Pawtucket in 1910 and restored in 1976. The carousel, which features a band organ from 1910, has three rows with 42 horses, three dogs, one camel, one giraffe, one lion and two chariots. Like its cousin in Riverside, this Looff Carousel is also listed on the National Register of Historic Places. I guess I know where I'll be going at some point in time! And perhaps then I'll actually take a chance and take a spin on a piece of history!

In the meantime, please enjoy the following video that I put together with pictures from the Crescent Park Looff Carousel. Not having the actual music from the carousel's organ, I set the video to the "Faust Waltz" performed on a﻿ Wurlitzer Style 153 organ - I hope you like it.