My friend Jamie at Duward Discussion has chosen the song “Life Is A Highway” for this week’s prompt on her new Take This Tune meme and considering I’ve been doing an awful lot of driving around the countryside this summer, it somehow seemed appropriate for me to do this meme! 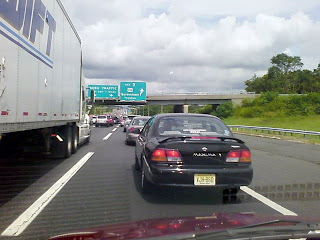 This past weekend I put another 756 miles on the odometer when Amanda and I went down to Baltimore for a couple days but I’ve also made several other trips this summer on highways in Massachusetts, Rhode Island, New York, and New Hampshire. I probably should have kept track of the number of miles I’ve driven but alas, that’s one of those ‘hindsight 20/20’ things that I didn’t think of at the time!

In thinking about it, though, it would have been a lot more interesting to have started a log of miles driven way back in the Dark Ages of 1976 when I first got my license as I’ve no doubt that I have racked up an impressive amount of mileage over the years starting with my very first car – a 1974 Chevy Chevette. It was that first car that carried myself and my best friend Carol on a journey from McGuire Air Force Base in New Jersey to Oklahoma City, Oklahoma and back to Connecticut when we both were but 18 years of age and equipped with a couple of maps, two cases of 8-track tapes, a major sense of adventure, and the resiliency of youth! We were footloose and fancy-free and, except for the occasional call from a payphone to let our parents know we were still alive, we 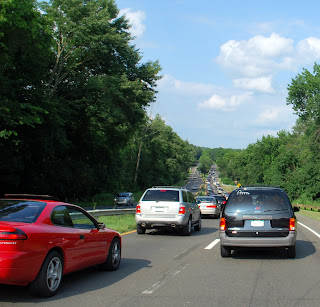 were out of touch with our lives back home as there was still no such thing as the internet and email or cell phones. I bet kids these days would wonder how we managed to survive but we did and we had a great time.


With Amanda fast-approaching the same age I was when I took my first epic road trip across the country in my own car I’ve got to think that if she approached me with the same plan today, I’d have major serious doubts about the whole thing. Even with the technology to keep in touch just about every step of the way were it necessary along with electronic GPS to make getting lost virtually impossible, the highways of America have changed drastically since 1977 and road-trips are no longer the fun-filled journeys that they used to be.

As I’ve relearned from firsthand experience this past summer, the roadways are clogg 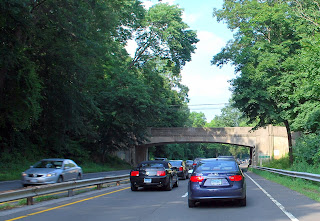 ed with traffic and the act of driving - something that used to be fun and enjoyable - is now more of a white-knuckle experience as you grip the steering wheel and try to keep an eye out in all directions for drivers cutting in and out of traffic, cars mysteriously slowing down in the middle of the highway for no good reason, and people who obviously never learned how to merge while training for their licenses. My Dad’s best advice to me as a new driver was to “pick a lane and stay in it” but alas, you can’t even do that anymore as there are those people who seem to think that going ten miles below the speed limit in the 3rd lane over on a 4-lane highway is okay while people fly by on the right at speeds that make you look like you’re sitting still even if you’re going the 65 mph maximum. 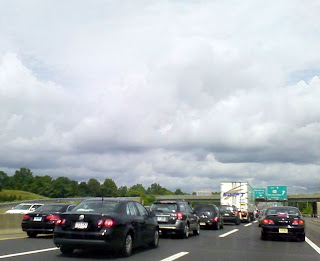 If I’m tense and on the verge of road-rage simply driving from Norwich to New Haven with over 33 years of driving experience on my side, what makes me think that Amanda – with zero years of driving experience – is ready to get behind the wheel of a car? I don’t and that’s rather frustrating for her as she’d really like to get her license while I have no desire at all to see her do so because I know what it's like on the highways these days and it ain't pretty! 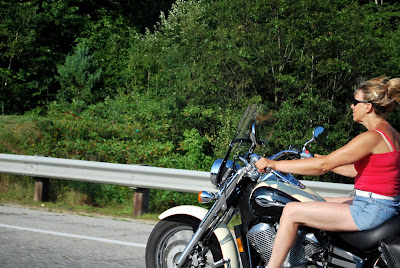