- but she also makes a good zombie as pictured in the 2009 Brooklyn Zombie Crawl that she participated in on May 31st. 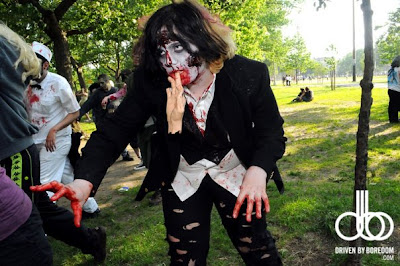 This Saturday is the 2009 New Jersey Zombie Walk in Asbury Park (zombies in New Jersey, who'da guessed it?!?) and even though it wasn't originally in the plans for Amanda to lurch along with some of her other wannabe-zombie friends, I rethought driving up to New Hampshire to look at the beautiful fall foliage and decided instead that maybe a night at the Jersey Shore might not be so bad.

To that end, I booked a room for Friday night at The Berkley Ocean Front Hotel in Asbury Park right down the boardwalk from Zombie Central. The Berkley is one of the former grand hotels of the Jersey Shore that has been recently renovated but rumors have it that it might just be haunted! 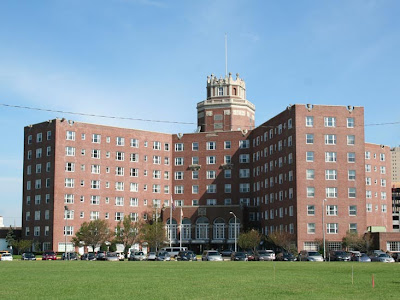