Oh dear ... it appears that Queen Mimi is in a bit of a mood over at Bloggingham after what must have been a royally-bad Valentine's Day as she's proclaimed that a meme needs to be done or else those of us tagged will be tossed into the dungeon even if we hold a coveted get-out-of-the-dungeon-free card. Darned royalty can be so mercurial and unforgiving sometimes!

Ah well, not wanting to subject my poor old bad back to the dampness in the dungeon I guess I shall just have to participate even though just typing the words "Valentine's Day" makes my fingers burn and my eyes water. It's a holiday I boycott until the day after when a trip to the local CVS rewards one with 75% off boxes of chocolates that one can then use to drown his/her sorrow in for not actually getting any the day before! Anyway, I digress ... on to the bloody royally-declared meme!

1.  I, Mimi Pencil Skirt Peace Woman, have officially declared war on Valentine's Day. If I see one more chocolate rose covered in stupid red tin foil paper I'm gonna have a fit. What did you get for Valentine's Day? 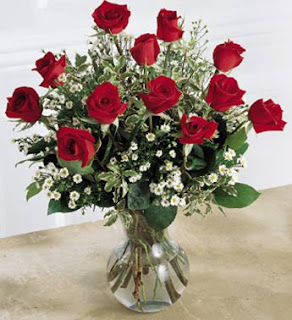 I got this lovely virtual vase of virtual flowers from Dennis, the supervisor on duty at work yesterday, who had told me he would get me flowers when I snarled at him in response to his cheery "Happy Valentine's Day" greeting!  The sort-of virtual card read, "They would only deliver electronically because it's Sunday."

2. What will you miss most about Valentine's Day?
I can tell you what I won't miss! Those darned jewelry commercials that haunt me throughout all of Christmas and then rear their ugly heads again for Valentine's Day!  I don't care if "he went to Jared's" - 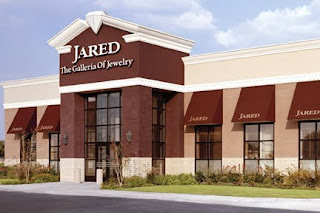 or if "every kiss begins with Kay" - 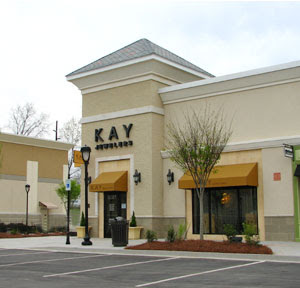 I honestly don't know why I find those commercials so painful but they are so begone with them until next Christmas when they can once again turn the knife in my heart!
3. What could you have done differently yesterday to make the day sweeter?
I suppose I could have not snarled at poor Dennis and merely said "Thank you" in response to his cheery "Happy Valentine's Day!" greeting.

4. How many roses make a dozen?
Math?  We're doing math here now?  It's never been my strong suit but I'm going to go with twelve - unless there's such a thing as a Baker's Dozen of roses in which case there would be thirteen but not only am I not good at math but I haven't received a bouquet of roses since the first Bush Administration so I've definitely forgotten how many there are supposed to be.

5. You and your love are getting matching tattoos for Valentine's Day. What will they be?
Uhm, your Majesty? This would first require me to have "a love" so I'm going to humbly pass on this particular non-applicable question.

6. My kingdom for a man who can spell. I am so tired of getting text messages from college educated 45 yr old men like .....I miss u ....wat up?.... B there by 8... or the ever popular U home?  Does your significant other have an annoying cute little habit you'd like to break?
Again you are implying that I have a significant other ... See the answer to question 5 above!

7. What did you get someone for Valentine's Day?
Well, of course I had to get something for Dennis after he gave me that beautiful bouquet of virtual roses, right?  I got him these - 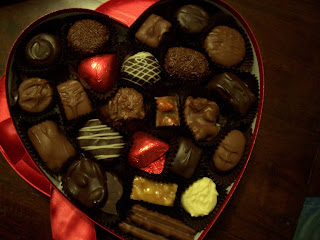 He declared them to be the best-tasting virtual chocolates he had ever received!  Added bonus was he could eat the whole box in one sitting and not go into sugar-overload!

8. No one is looking. I promise. Write one word on this candy heart you've been dying to say to a romantic connection from your past. I will not tell.

Roses are red ...
Or so I've been told!
The last time I got them,
I was 35-years old!
(You do the math!)
10. What song best describes your Valentine's Day experience this year?
Oh come on now!  What other song was I going to pick?!?  On the bright side, the video has clips of Colin Firth from Bridget Jones's Diary - rowr!

11. Two cupids are in a knock down drag out fight on the floor of the Senate.  One is a constituent from Venus, the other from Mars.  What is the name of the legislation are they fighting over?
Why two cherubs would ever subject themselves to the mess that is Washington is beyond me, they're probably fighting over who took the wrong turn in Harper's Ferry that landed them there!

Okay, can I stay out of the dungeon now, Your Majesty?  Please??  And I do hope that everyone else had a lovely Valentine's Day - honest!
Posted by Linda at 2/15/2010