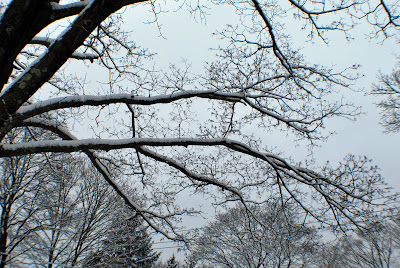 Ah, February in Connecticut ... or more appropriately ... Ugh!  February in Connecticut!  Any plans I might have had for yesterday (and there originally were some) had to be rescheduled when the weather decided that I'd really rather spend my day off in the house except for the short foray outside to clean the snow off my car or snap a quick picture from the front steps.  Oh well, I guess it's to be expected this time of year. 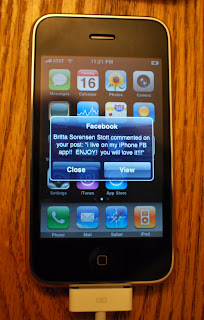 One good thing about being confined to the house, though, was that I got to play with the new toy that my son and his wife got me for Christmas (albeit a little after Christmas as we had to wait for contract renewal and all).  This is my new cell phone - one of them there fancy-dancy iPhone thingamajiggies!  It's been a bit of a challenge learning even the basics on the thing but having a teenager in the house helps as Amanda is much more tech-savvy than I.  She also got an iPhone and has downloaded such fun apps as a Doctor Who Sonic Screwdriver, Rotary Telephone Dial, and a drawing application of some sort. 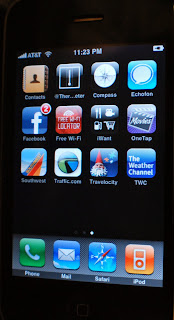 I was able to figure out how to download and use the applications for Facebook and Twitter and then found a few other things like The Weather Channel, a free Wi-Fi locator, a compass, a thermometer, the Travelocity site, Southwest Airlines - you know - useful stuff!   However, there are more apps out there than Carter has pills so I've got no doubt that I'll be finding more and more as time goes on.  I like the free ones - free is good even if I have to put up with the occasional ad or two.  Now as long as I can figure out how to make a phone call on the thing, I'll be good to go!  Of course, I may have to download an application to figure out how to do that ... or at least watch the on-line instructional video or something!  Ah, technology, it keeps us on our toes!

Now then, while I'm showing off new things, I wanted to show you the lovely gift that I received from one of my blog readers and friends on Facebook the other day. Isn't this the prettiest scarf you've ever seen? The gal who sent it - Sheila - used to live in Norwich and now resides in Tulsa, Oklahoma. She began reading my blog through the Norwich Bulletin and has sent me emails and such telling me about different parts of the city that I might want to check out and do posts on.  I had a Facebook message from her the other day telling me that she was sending a surprise out to me and it arrived at work last Friday.  I was handed the box first thing Sunday morning and this is what I found inside.  The picture probably doesn't really do it justice but as you can see, it fits just fine! 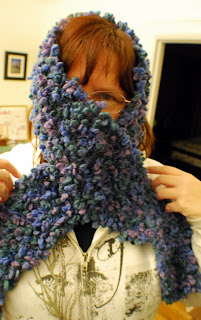 Thank you again, Sheila, and I really LOVE the colors! Feel free to send me a surprise any time!

And finally an update on Tesla - he's doing a LOT better and even though he still hacks a little bit every once in awhile he's got a lot more energy and his appetite has vastly improved.  His disdain for the camera, though, hasn't! 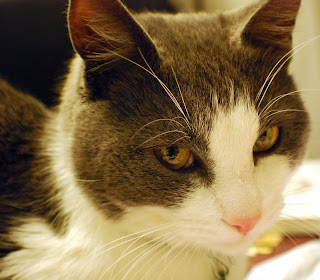 Oh, and as for the other patient?  She's doing much better, too, and can happily go back to school tomorrow now that her short Winter Break is over ... or maybe not so happily! 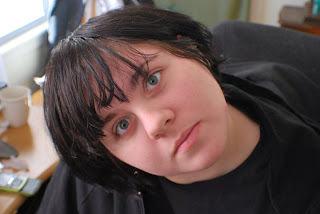