An Award for Amanda 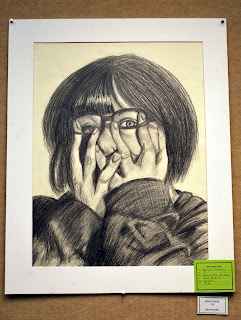 I was going to do a post today using some of my photos from Vermont as I've finally got a good number of them edited but something more important than covered bridges came up when Amanda informed me that the self-portrait that her art teacher had put in an art show won first place.  The awards ceremony was held yesterday afternoon down at the Mystic Arts Center and what kind of mother would I be had I not taken pictures to record the auspicious occasion and then shared them here on the blog?

We almost didn't go to the auspicious occasion, though, as Amanda has a fear of crowds and was a nervous wreck at the thought of having to walk in front of a group of people to receive an award.  I spent a good deal of the morning dealing with teenage wailing, door slamming, and the gnashing of teeth but finally my friend Paula, who is an art teacher down at Grasso Tech in Groton, told Amanda to quit giving me a hard time about it and go get her darned award.  She even agreed to meet us down there for the ceremony and we could do lunch afterward.

After convincing Amanda that it was simply going to be a bunch of other art students, their parents, and art teachers and all she would have to do was walk up, shake hands, get her award, and smile for a picture she finally agreed to go.  It helped that her friend Sami was here to lend moral support and knowing that Paula would be there, too, was probably the deciding factor. 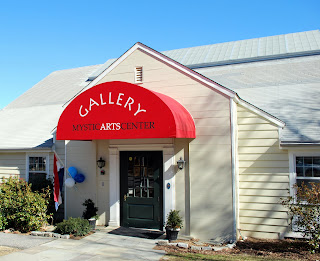 The Opening Reception for the Young at Art show was scheduled from 1:00 to 4:00 p.m. with the awards ceremony at 2:00 so we arrived around 1:15 or so as parking in Mystic is always dicey at best and with hordes of proud parents flocking to see their offspring's artwork, it was going to be even more of a mess.  Luckily we found a spot near the art center and went in to check out the exhibition along with what looked to be several hundred other people.  Ut-oh ... was Amanda going to get all nervous again??

At first I think she felt a bit awkward seeing her self-portrait displayed prominently in the middle of the wall surrounded by all sorts of other pieces but once Sami told her how great it was, Amanda seemed to settle down some as we walked around and looked at the other areas of the exhibit.  Naturally I had to take a picture with the picture as that's what you do at these sorts of things! 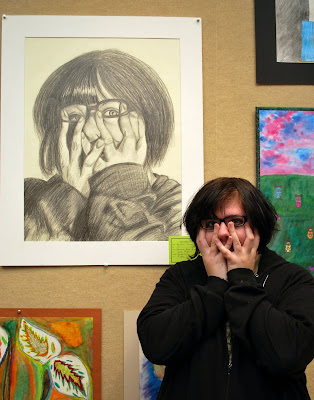 As the awards ceremony began, Amanda was beginning to fear that Paula wasn't going to be able to make it in time as she was having a horrible time trying to find a parking space.  With entries from 49 different schools, the place was obviously packed!  Luckily, though, they started the awards with the younger kids first and as they received their awards, the place began to thin out and Paula was able to grab a parking spot and make it inside just moments before Amanda's name was called and she went up to her get her certificate. 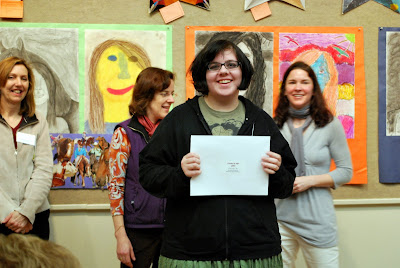 In addition to the very nice certificate, Amanda was given $100 to use towards one course at the 2010 Summer Art Camp at the Mystic Arts Center. Whether she'll be able to actually use it or not remains to be seen as there's only one course geared towards her age group that runs from August 9th to 13th and costs $170 to attend.  Even though I'm fairly certain I could come up with the other $70 by then, the big problem would be getting her back and forth for the course as it runs from 1:00 to 4:00 in the afternoon and Mystic is a bit of a distance from here.  We'll see, it may still be do-able and if not, that's okay as Amanda still has bragging rights for having won 1st Prize in the 2D art category plus her good friend was there to share the moment with her - it doesn't get much better than that! 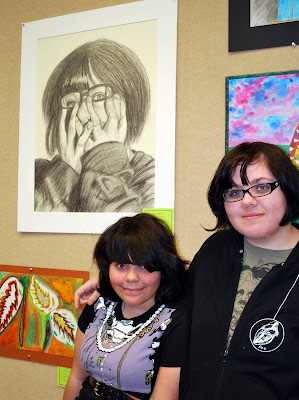 Wanting to give credit where credit is due, I took pictures of the 2nd and 3rd prize entries also.  2nd Prize went to Maddie Pryor for a self-portrait photographic entry (Maddie is home-schooled) - 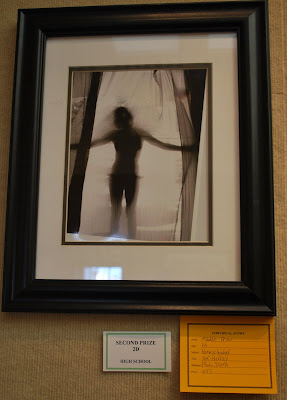 3rd prize went to Meaghan Doyle, another Norwich Free Academy student that Amanda knows from one of her classes, and her oil painting titled "Cupcake at Sunset" - 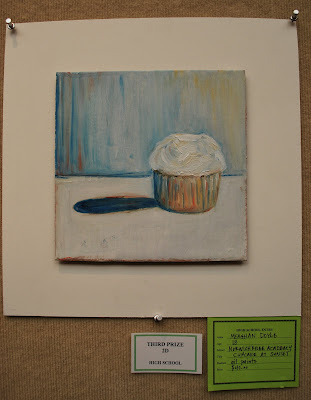 The award for 1st Prize in 3D artwork also went to a Norwich Free Academy student, Joseph Gennaro, for his entry titled "In the Vortex" which is done in pewter and wood - 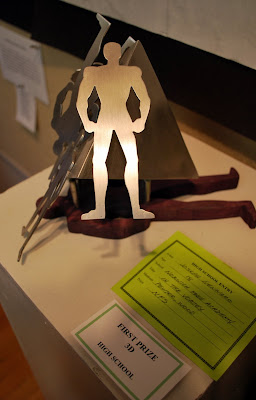 In between Amanda being congratulated, we spent some time looking at the entries from Paula's students as well as some of the other pieces we hadn't been able to see earlier due to the crowds then decided that it was time to get something to eat.  We walked across the street to Margaritaville and had passable Mexican food (by Connecticut standards).  To be honest, the chicken enchilada I had was actually very good though it may have been flavor enhanced by the frozen margarita I used to wash it down! 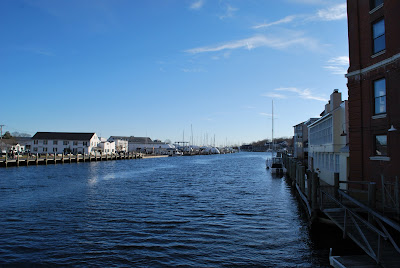 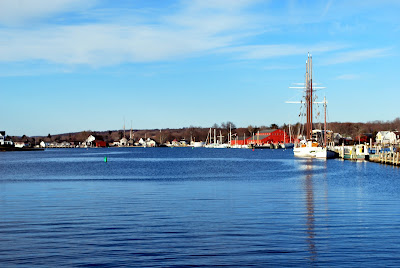 All in all, it was a very nice day made even better by lunch with an old friend and Amanda finding out that she really can walk up, get an award, and not throw up on her shoes as she she feared she would do!  I'm so proud!
Posted by Linda at 3/07/2010