I woke up the other morning with a song running through my head and again found the same one playing on the iPod in my mind this morning - "Passionate Kisses" by Mary Chapin Carpenter. If you haven't heard it before, feel free to click the play button on the below video so that you'll have something to listen to whilst I pour my heart out onto your monitor screens ...


All set? Okay then ... continuing on ... most of you have probably gotten used to me writing blog posts filled with photographs and tales of my travels peppered with more history than you ever really wanted to learn - posts that seem to have become the norm for this blog - but in the past I've been known to occasionally open up and write from the heart as the way I look at it my life is pretty much an open blog (which might have made a really good title for this blog had I been thinking more creatively back when I first started writing it!) and my life is not always lighthouses and covered bridges, sometimes it's deeper stuff. That being said, I haven't really written from my heart in quite awhile but I'm going to do that today as this is one of those 2% of the times when I throw myself a little bit of a pity-party.

So by now you're probably wondering where does the above song come into play, right? Well ... 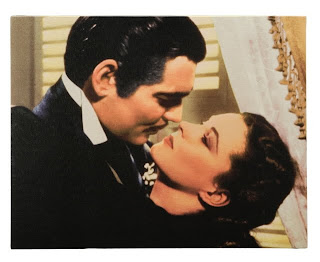 A few years ago, in August of 2008, I wrote a post entitled "That's what's wrong with you. You should be kissed and often, and by someone who knows how." wherein I lamented that it had been six long years since I had been kissed. Some of you may remember that post and even commented (it got 22 comments which weren't bad at all I must say!) and others may have no clue what I'm talking about but that's okay as I'm probably going to say pretty much the same things in this post that I said back then as sadly, the situation has not changed at all except that the number has gone up. Allow me to quote myself (with a few modifications to allow for the passage of time) and you'll see where I'm coming from ...


"... Truth be told, my last kiss was close to eight years ago and I'm beginning to think that it's going to be another eight years or longer before I have another one. Or, worse yet, I'll go to my grave having never been kissed again.  My family isn't exactly known for their longevity but if I live to be at least my mother's current age that means I'm looking at 24 more years of having only memories of what it's like to be held in someone's arms and kissed.  Not just a passing kiss from a friend mind you, but an honest-to-goodness toe-curling, foot-popping, world-stop-spinning-for-a-moment kiss - that kind of kiss!  I remember those kind of kisses and, right at the moment, I'm missing them and feeling a bit sad in the process.

Having been divorced for quite a long time now and been on one pseudo-date since then, I've come to grips with the whole single woman thing.  As a matter of fact, I ushered it in and welcomed it with open arms when my last marriage ended.  I firmly believed that it was better to be alone than with the wrong person and I still believe that, but I don't think that at the time I thought about the fact that there was a really good chance I'd be alone for the rest of my life.   After all, I was 44 and not considered ancient by too many standards and I don't believe I qualified for troll status wherein I needed to go live under the bridge and wait for the Three Billy Goats Gruff to come clopping over but ... perhaps I was wrong.

I'm pretty sure I have my good qualities ... I have all my teeth, I can cook, I don't snore, and I don't like to spend all day shopping.  I'm a good friend, a good dispatcher, and a good Mom ... but I'm just not good enough for any man to be anything more than friends with.  It seems like I get along great with the male population probably better than I do the female side but only as a friend ... not as someone to take to the movies or to dinner or to kiss.   I've more or less come to terms with that and, for the most part, I'm good with it.  But ... here's the thing ... I'm divorced, not dead.  Yet.  Though I might as well be when it comes to relationships.

Chances are, that's not going to bother me 98% of the time as I still adhere to that "better alone" philosophy I mentioned above but like a 7 or 11 in a craps game, every once in awhile that 2% of the time is going to come up and I'm going to feel bad for a little while and throw myself a small pity party - this is one of them. By the way, did I offer you a drink or something to eat?  Sorry ... bad hostess ... bad!"

Now all things considered, I've got to give myself a pat on the back for not having had a pity-party in regards to this situation for over two years but for some reason the continued drought of any kisses being rained down upon me has been on my mind lately and that's probably why I woke up with "Passionate Kisses" running through my head the other morning.  Not that the song really applies in any way, shape, or form as I believe the singer is complaining that she's not getting any passionate kisses from her significant other whilst I have no significant other to complain to but the song title is exactly what I was thinking of ... passionate kisses. Granted, I was thinking of my lack of passionate kisses but I think you can sort of follow my reasoning as passionate kisses are exactly what I've been missing.

What I find quite laughable about all of this was that I was just telling my good friend out in California the other night that I was quite content with being a single woman and that I was pretty happy with my life. A good part of that was because of a comment that Miss Bee had left on a post before Christmas that really made me stop and think and appreciate all that I do have.  Bee wrote:


"i just love your life. i mean i love mine too but you have a lovely life, you really do. it may not be exactly what you would have pictured in your perfect world but it's really tits honey! so full of fun and love! don't let anyone bring you down!!!"

Bee is right, this life that I have probably wasn't one that I would have pictured at all as really, who pictures themselves being a divorced-twice single mom working crazy hours at a 911 dispatch center whilst having intermittent back problems and struggling with neighbors who don't speak English very well and have no clue on where to park their $@#*! cars during major snowstorms? Probably no one! I know that I sure didn't but my life is so much more than that and even though I have failed miserably when it comes to loving and being loved I really don't have a bad life by any stretch of the imagination.  That's exactly what I told Cyndi during our phone conversation and I truly do believe that but every once in awhile my mind likes to trip me up and remind me that there are still things about having a relationship that I miss. Being passionately kissed is one of those things.

Of course, it's quite possible that over the course of the last eight years I have totally forgotten what it's like to be kissed with passion and it's just an old memory playing tricks on me but if given the chance, I'd really like to find that out first-hand! Honestly, I really don't want to be sitting here in another two years dusting off this old blog post yet again and passing around virtual hors d'oeuvres at another pity-party. Seriously.

In conclusion, I'm going to quote myself as I think I put it pretty good the first time:


"... I'd like you guys to do me a favor ... if you do have a significant other, I'd like you to give him or her one of those nice long, foot-popping kisses that I mentioned above - especially if you haven't done so in awhile.  I think we sometimes tend to forget to appreciate or take for granted what we have until it's gone and if you've got someone who loves you and you love that someone back then don't just assume that they know.  Show them.  And don't wait for a "milestone" occasion to do it either because sometimes things change and they can change quickly.

Trust me, you really don't want to be me in eight years wishing on the evening star that someone loved you or even liked you enough to want to kiss you."

Email ThisBlogThis!Share to TwitterShare to FacebookShare to Pinterest
Labels: kisses