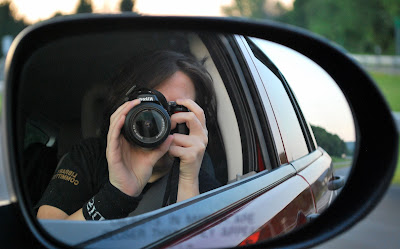 With many thanks to Frank who came in and took over for me early in dispatch yesterday, Jamie and I were able to hit the road a little bit sooner than I had originally planned for our journey north through Massachusetts and New York then onward to Canada.  The weather was great, the traffic was light, and all in all it was nice 155 miles of pavement towards our stop for the night near the University of Albany. I told Jamie to pull out the camera and take a few shots as we drove through the Berkshires but I've apparently yet to quite teach her the fine art of shooting from the passenger seat.  Still, there were a couple of decent shots. 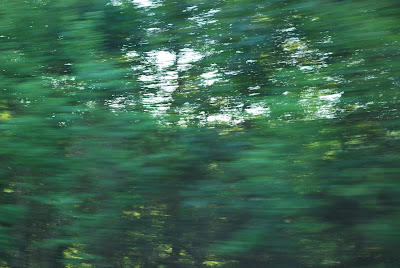 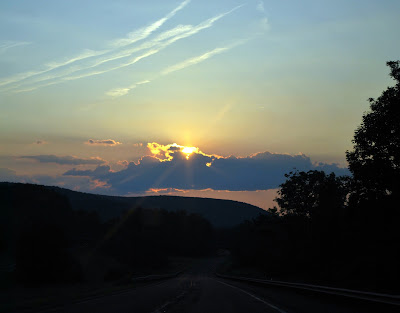 Being that we were driving west, the sun was either doing pretty things like playing hide and seek behind the clouds or causing major road glare! 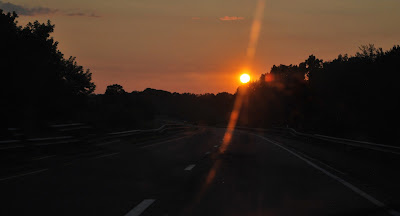 I thought I had done a good job of cleaning the windshield but apparently not! 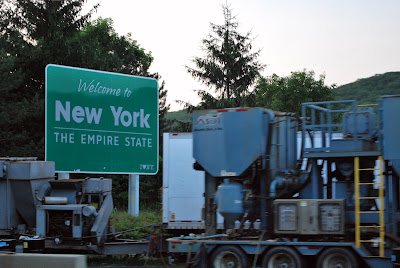 This was the "Welcome to New York" sign which was hidden behind a bunch of road construction vehicles.  I think Jamie did well to get any sort of shot at all considering the location and the fact that we were whipping by at 65 mph!


This morning we'll continue heading west a little bit before we take a turn towards the north and the Thousand Islands region of upper New York State en route to the Canadian border. I thought it would be nice to approach Toronto from the east around Lake Ontario rather than drive up past Niagara Falls as that area is on tap for tomorrow and the next day. So ... time to pack up and hit the road before the sun gets any higher in the sky. After all, Hugh Jackman awaits!
Posted by Linda at 7/06/2011