Going Batty in the Wee Hours of the Morning

Having a bit of an issue with my allergies as well as with the sciatica in my left leg acting up last night, I decided to pop a couple pills before I went to bed in the hopes of attaining a good night's sleep.  One Tylenol PM and one Benadryl tablet sounded like it would do the trick nicely so I took both and toddled off to bed around 11:00 anticipating a night of uninterrupted slumber.

That uninterrupted slumber was interrupted around 2:30 when I heard a knock on my bedroom door.  "Mom?"  I groggily recognized Amanda's voice but didn't feel like fighting through the lovely mists of sleep that I was wrapped in to acknowledge her; I figured if the house was on fire I'd be hearing more than "Mom?"  Soon the knock came again and was followed this time by the door opening and the light from the dining room spilling across my bed.  "Mom, I think there's a bat in the living room!"

What?  Batman was in the house?  Christian Bale had come to pay a visit?  Good Lord, why hadn't I worn my nice pajamas?!? 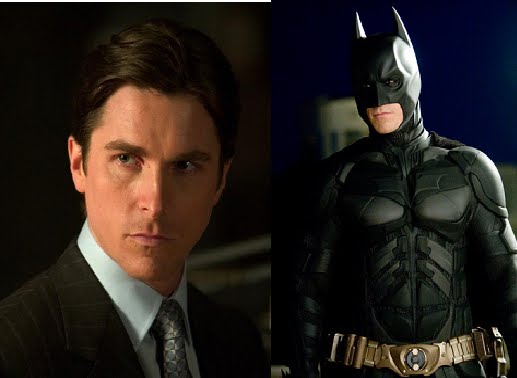 "Mom, Tesla is in the living room and he keeps trying to get at something and I think it's either a really big moth or a bat!"

At that point I finally started to wake up a little bit and come to my senses, "How on earth would a bat have gotten into the house? Are you sure that's what it is?" I asked groggily. Dang, that Tylenol PM and Benadryl combination was really doing a good job of making me sleepy!

"I don't know but I think that's what it is and EEEEKKK! It just flew past my head and it's definitely a bat!"  This last was said as Amanda moved about as quickly as I've ever seen her move as she jumped into my room and slammed the door behind her.

It was beginning to sound more and more like I was going to have to try to get up out of bed and hunt down the intruder as Amanda reached back out into the dining room just long enough to grab her MacBook so that she could Google what to do when there's a bat in your house and then stuffed towels at the bottom of my door so that the bat couldn't come in.

"We just need to swat it with a broom and then toss it outside while it's stunned,"  I told her.

"We can't do that, we need to capture it so that it can be tested for rabies just in case it bit Tesla."

"Did it bite Tesla?"

"I don't think so but what if it does?  Tesla is trying to catch it in the kitchen!"

"If it's flying how on earth is Tesla going to catch it?"

"He can jump pretty high you know!"  Oy vay.

In the midst of all this, Amanda's friend Kait from Quincy, Massachusetts had been joining in via Skype and calmly offered that they've had bats in their house before and they've just thrown a towel on it and then tossed it outside.  Amanda wasn't really paying Kait's common sense any attention at all though as no doubt she was Googling images like this:

I finally managed to wake up sufficiently to throw my legs over the side of the bed and prepare to go do battle with the creature that had somehow managed to find its way into the house while Amanda was asking, "Can't we call Andrew to come over?"  Uhm, no, it's now almost 3:00 a.m. and Andrew lives miles away with his own family who probably wouldn't appreciate me calling him in the middle of the night with a bat emergency.

"Well what about someone from work?"  I thought about which crew was working and decided that wasn't really an option either plus ambulance crews are usually pretty busy on Friday overnights so I doubt there was anyone hanging around the bay who would want to come over and assume the role of Buffy the Vampire Slayer.

"How about the police?"  I immediately flashed back to my days as a dispatcher at Norwich PD and fielding calls from hysterical homeowners about a bat in their house.  No way was I becoming one of those!  Plus I knew the Animal Control Officer wouldn't be on until the morning and what was a cop going to do?  Shoot the thing?

Sigh ... sometimes being single sucks as there was no "Man of the House" I could send out to take care of the task while I went back to sleep.

Opening the bedroom door carefully I looked around but didn't see Béla Lugosi standing in a corner waiting to find a good spot on my neck to sink his teeth into ...

or even Edward sparkling under the dining room light ...

... or anything else for that matter so I knew the bat had to be elsewhere. Peeking into the kitchen I saw Tesla lying on the rug in front of the refrigerator looking up over the kitchen sink while he slowly swished his tail back and forth.  Following his gaze I noticed that there was something odd about the picture frame up there and sure enough, there was a bat hanging on the corner doing that upside-down thing that they do.

I grabbed a towel from the bathroom and the broom from the entryway then closed all the other doors while opening the back door so that our nocturnal visitor wouldn't be able to take refuge elsewhere should my plan to smack it with the broom to stun it, throw a towel over it, and then toss it out into the night didn't work.  Amanda stayed hidden in my bedroom on the verge of a panic attack as she left me alone to do battle with the bat while Tesla looked on curiously.

Taking a swing, I smacked the bat where it was hanging on my "Dull Women Keep Immaculate Houses" print but obviously I didn't hit it hard enough as instead of it falling into the sink below or onto the floor, the darned thing took to the air and started flying back and forth in the kitchen narrowly missing the blades of the ceiling fan.  I took another couple of swipes at it before it disappeared behind the refrigerator.  Tesla immediately ran over, prepared to catch the thing himself, but it must have flown into the dark space behind the refrigerator and decided it had found a good place to hang out as it didn't come out again.

Not exactly feeling brave and wanting to continue the chase, I decided to simply open the kitchen window screens and go back to bed after telling Amanda to take Tesla and go into her own room and stay there for the rest of the night.  It was my hope that once things settled down and the house was dark and quiet that the bat would use its radar or sonar or whatever it is that bats use to find the open windows and fly out into the night.  If not, I'd deal with it during daylight hours when I could call Animal Control to come over and capture the thing.

When I got back up this morning - much later than I had originally anticipated - I looked around at every corner and behind every curtain with no sign of the bat anywhere that I could see. From what I could tell it hadn't relocated to another part of the house from behind the refrigerator so it was either still back there or had found the open windows.  Amanda poked her head out of her room and told me she'd barely slept for an hour she was so totally stressed out and asked if she could lie down in my room for a couple of hours (apparently my bed is a lot more comfortable than hers) as she wasn't feeling very well.  I figured she wasn't going to be much help if I found the bat still hiding behind the refrigerator so told her to go ahead and get some sleep.

Tesla had immediately run over to the refrigerator once he was let out of Amanda's room where he sniffed around but he didn't seem too particularly interested or sit down to do that patient cat waiting thing that cats do so I had a feeling that the bat was no longer back there.  Still, I was very careful as I removed all the accumulated crap from the top of the refrigerator and then slowly pulled it out from the wall where I found nothing except a herd of dust bunnies that definitely needed corralling!  Good thing I had the broom handy!

So ... as of this writing, I have no idea whether or not the bat is still anywhere in the house or any idea as to how it got in here in the first place as it wasn't exactly a small bat from what I could tell and there were no open windows without screens prior to my opening the ones in the kitchen.  The fireplace flume is closed and being the bottom floor apartment, we don't have an attic directly accessible so how it got in, I don't know. I guess it's going to forever be one of those mysteries but however it got in, it's my hope that it took the hint and exited out of the building through the open kitchen windows after I went back to bed but who knows?  I guess we'll see what happens tonight though I'm hoping for that nice, long uninterrupted slumber I didn't get last night - minus the Tylenol PM and Benadryl just in case!
Posted by Linda at 7/14/2012

Email ThisBlogThis!Share to TwitterShare to FacebookShare to Pinterest
Labels: bats