Hmmm ... last year at this time I was out in California visiting my good friend Cyndi for what, most sadly, turned out to be the last time ever as she passed away shortly after I came home. This time, I'm going to Orlando to visit Morgen with the hopes that it won't be the last time I go to visit a friend in a sunny climate during the worst of winter.

And boy howdy did we get the worst of winter the other day when Storm Nemo decided to make its way into New England! In spite of all the references to Disney's Finding Nemo, the storm was actually named for Captain Nemo, also known as Prince Dakkar, a fictional character invented by the French science fiction author Jules Verne who appears in two of Verne's novels; Twenty Thousand Leagues Under the Sea (1870) and The Mysterious Island (1874).

The character of Captain Nemo is what's considered an antihero who simply roams the depths of the seas in his submarine, the Nautilus, and personally I would have preferred he remain doing just that rather than coming to the surface and landing in our backyards where in Norwich, Nemo deposited about 25 inches of snow.  Ugh.

Granted, it was quite pretty in places when all was said and done but dang, was it ever a bear to shovel and some folks still aren't dug out.  Needless to say, road crews have been overwhelmed and it's been a real mess but alas, 'tis New England in the winter and sometimes these things happen. 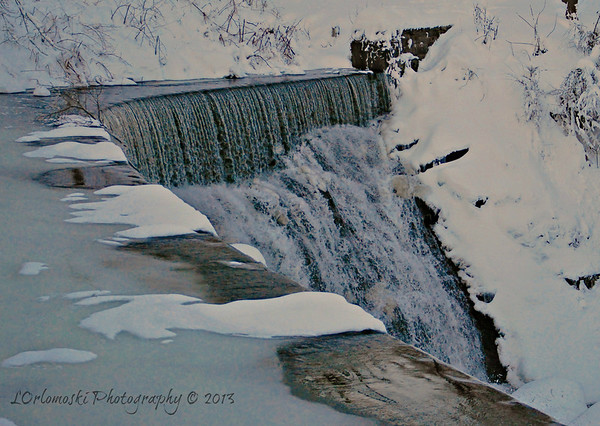 Of course, I would have been happier had it happened after I got on my flight to Orlando so I could have missed all of this but no such luck. The storm actually ended up pushing my flight back a day so rather than winging my way to sunny Florida last evening, I'll be leaving tonight instead.  In about three-and-a-half hours as a matter of fact!

I was going to leave my Nikon home this trip and just use my iPhone for a few photos here and there but when Morgen made mention of the fact that there were a couple of pretty cool lighthouses not too far from his home, that plan went right out the window.  Tomorrow we'll be driving up to Saint Augustine to spend the night there and as an added bonus we'll be meeting my friends from Massachusetts, Walt and Juli, for lunch at The Floridian before they catch their delayed-flight back to Boston.

As an added, added bonus - Barb is going to drive down from Valdosta and not just join us for lunch but she's booked the room next to ours at the Casablanca Inn On the Bay and will be spending the night also!  I predict there will be some wine-drinking on our balconies and lots of laughter to go along with it!

I've got to say that it's pretty darned cool that I get the chance to visit a friend and add in even more friends while enjoying some warmer weather all at the same time.  You can't beat that with a stick or - as the case has been the past few days - a snow shovel!

Hopefully by the time I get home on Friday, all of that up there will be gone or at least reduced to a more manageable level!