Adhering to the Rules When Using Someone Else's Images aka Giving Credit Where Credit is Due!

So there I was, minding my own business catching up on Facebook posts this morning when I came across one from a friend sharing the link to a post about the Peabody-Essex Museum in Salem.  As it's one of my favorite museums I decided to go take a look-see as I'm always up for reading about what someone else's opinion is about places that I go to.

As I was reading the post and looking at the photos - of which there are many but that's quite alright as I'm a firm believer in 'more is better' in this instance - I had to wonder if the writer had taken all of the photos herself as some were definitely more professional-looking and from angles that I was pretty sure she wouldn't have had access to.  As some of her photos had image credit to other places/people I could only guess that the ones that didn't have additional credit were hers.

Finishing that post (which by comparison made some of mine look downright short if you can believe that!), I decided to check out her next post "The Steel-Gray Charms of Salem in Wintertime" as you all know how I feel about Salem and would live there if I could! There were some great photos of the city that I've come to know and love and then the author moved on to The House of the Seven Gables where I soon came upon the following sentence:


"Unfortunately, interior photography is prohibited, but I’ve been able to find photos online which were taken by less rule-adhering visitors than myself."

That was then followed by six of the photos that I had taken during my private tour of the house for a post on The Distracted Wanderer. 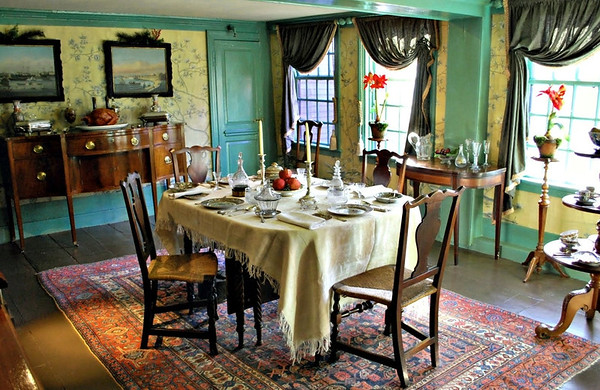 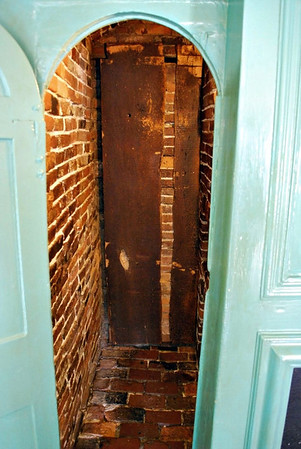 In my post from which the photos were taken, A Virtual Visit to Salem's House of the Seven Gables - Part Two, The Turner-Ingersoll Mansion, I wrote:


"Again I should point out that photography is not allowed on the tours - even non-flash photography - but I was invited to return to the house ... by Anita Blackaby, Executive Director of The House of the Seven Gables, and was given a wonderful private tour of the property by Alan Collachicco, the Deputy Director and Curator of the Museum. I was able to ask questions and take pictures to my heart's content so that I could share them with you here and give you a glimpse inside one of Salem's most historic and important treasures."

Obviously I was not "less rule-adhering" when I took the photos and had I tried to take them on a regularly scheduled tour, the guide would have no doubt reminded me rather sternly that photography in the house was NOT permitted.  How the author thought I was able to 'sneak' six photos that don't exactly look like they were shot from the hip is beyond me!

Even though I was less than pleased that my photos were used without permission and there was nary a hint of image credit, I think it just really got my goat that the author assumed I was "less rule-adhering" than she was because she was obviously breaking one of the simplest rules when it comes to blogging and the use of other peoples' images: provide image credit to the website that you got the images from!

Ideally, a quick email to say, "Hi, I found some images of yours that would go great with my post on blah, blah and I was hoping I could get permission to use them in exchange for image credit" is always nice and I've received many of them over the years.  My answer has always been "absolutely" and it would have been the same to this gal had she bothered to take the time to ask.  Barring that, if she had credited the images back to my blog and not called me "less rule-adhering" I would have been okay with that, too as I take the photos I do to share with other people. 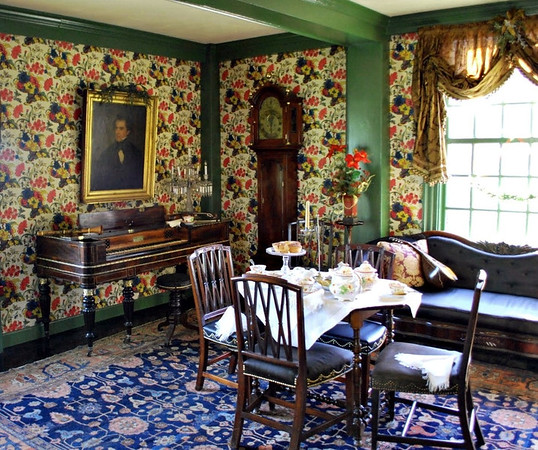 It's somewhat ironic that this came up at a time when I've been having numerous discussions with friends about image credit and watermarking and copyrights and all that fun stuff.  Just because it's on the internet doesn't mean that it's free and common courtesy calls for just that - a little common courtesy in giving credit where credit is due.  Sure, there are those folks who will ask for a fee to use their images but the vast majority would probably be flattered that you asked and be more than happy with a credit back to them and that's not a hard thing to do at all.

At the very least, when you use an image on your own website, add it via URL rather than right-clicking and saving the photo as your own or worse yet, if the photos are right-click protected, taking a screenshot and then editing the photos for your own personal use which is a more advanced form of thievery.  Once you've added the photo, take the time to also caption it with the URL of the website you found the image on.  Most of us are not going to mind the link back to our website at all - in fact, we like it!

And whatever you do, don't disparage the person that you stole the image from as that's just adding insult to injury! 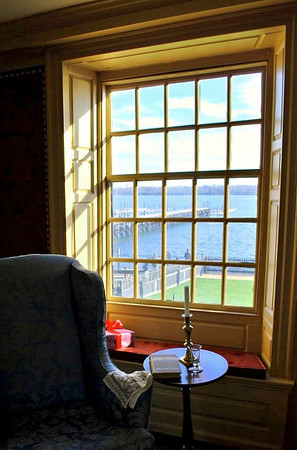 As for finding my own photos on someone else's website this morning, I left the following comment which last I checked was still awaiting moderation and may very well never see the light of day but which I hope the blog author would address now that her "mistake" has been pointed out:


"Great post about one of my very favorite places in New England however, just one thing … some of the photos you used for the interior of the House of the Seven Gables were not “taken by less rule-adhering visitors than myself” but by someone who had permission to take them for use in a blog post about the property during the course of a personal guided tour by the museum’s curator with the director’s permission. I know because I took them for my travel blog “The Distracted Wanderer”. I really don’t mind that you used them though image credit would have been nice and being referred to as “less rule-adhering” was a bit of sting but I guess that’s what I get for not watermarking my photos. Live and learn, eh?

Anyway, all of that aside, I quite enjoyed your post as well as the one about the Peabody Essex Museum which is indeed a wonderful place."

I may be allegedly "less rule-adhering" but at least I'm polite!

Update: I took a look at the blog post in question today (Monday, 3/4/13) and am happy to report that the sentence containing the words "less rule-adhering" has been changed to "Unfortunately, interior photography during normal house tours is prohibited, but I’ve been able to find photos online which were taken by visitors who had special permission to take pictures." Additionally, image credit has been given below each photo with the words, "Photo courtesy of The Distracted Wanderer/Linda Orlomoski" There's no back-link to my blog but at this point, I am happy for the corrections to what I am going to chalk up as an oversight on the author's part in her original posting.