Whoa ... who turned the heat off?  June 4th and it's a blistering 59 degrees outside!  Mother Nature is definitely back to her old tricks!  Last Monday we were all sweating in 88 degrees with high humidity and today I've got all the windows closed and am wearing my warm robe and slippers.  It gets any colder and I'll be lighting a fire in the fireplace!

Had a nice visit with my mom yesterday; Amanda and I went up and took her for a drive to get her out of the house for a little bit in between rain showers.  We'd had such a deluge of rain on Saturday I think a lot of us were looking to get out and enjoy some sun even if only briefly. Mom seems to be doing great and one would be hard-pressed to tell that she'd ever had a stroke a little less than a month ago.  Just to be safe and to give her more of a sense of security, she's using a cane which I think is a great idea - there are times when I've thought it might not be a bad idea to have one myself! - but beyond that she's doing really, really well.  Once again thank you all for the positive thoughts and prayers that I'm sure helped immensely in her recovery. 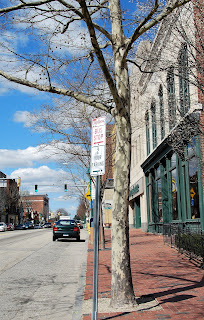 As my mom and I were talking about how quickly the rhododendrons had gone by this year it dawned on me that yesterday was the 36th anniversary of my graduation from high school - holy krap!  Where has the time gone? In just a few short days it will be another 36th anniversary - this time of the day that I left for Air Force Basic Training as I boarded a bus in Willimantic (from that very spot) for Springfield, Massachusetts and the Armed Services Center where I met up with my recruiter, did the final official swearing-in, and then got on a plane for the very first time in Hartford to make my way to Lackland Air Force Base and six weeks of hard work, discipline, and fun.  It was June 7th, a mere four days after graduation, and I was only 17 at the time - younger than both of my girls are now.

Speaking of my girls, Jamie has been up in Toronto visiting a friend and has asked if she can stay in Canada longer and go back to Winnipeg to stay with the same friend that she was visiting last year.  She's been talking about going back ever since she got home and she's already partway there so I think I'm going to go ahead and let her stay.  Technically she's almost 19 and could certainly make that decision on her own but if she wants me to buy her bus ticket to Manitoba then she needs my permission!  If she and Amanda got along better here at home then I would be more inclined to tell her she needs to come back to Connecticut but she made a lot of friends when she was in Winnipeg last year and is hopeful that she can somehow figure out a way to permanently move to Canada so I think I should give her the chance to find that out for sure.  I'll miss her but I won't miss the tension between she and Amanda.

I'm still trying to adjust to my new work schedule - as is Amanda who is totally confused on what day it is! - and I'm going to totally confuse both she and I later this week as I switched a Thursday evening shift for a Friday evening shift so I can go see "Man of LaMancha" at the University of Connecticut with my cousins and also picked up an overtime shift on Sunday evening.  No doubt we'll both be wondering what day it is by the end of the week or beginning of next week or whenever that is!

And on a final note, even though I should have been out cruising to Canada with Barb this week on the Carnival Glory (a cruise we had to cancel for various and assorted reasons that were much more important than piano bars and room service and things like that), we have booked another cruise for the first part of July. 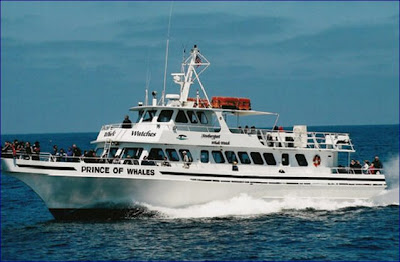 The Prince of Whales out of Newburyport, Massachusetts may not have a piano bar but they've got wine and whale sightings are guaranteed!  Barb will be up visiting her SistersDear later on this month and we're going to get together for some fun on the not-quite-as-high seas along with a few other activities that I've yet to determine but give me time and I'm sure I'll come up with something!

Hmm, I wonder if we should wear our tiaras?!?