Trying My Hand Out as a Casting Director

The other day I did a short book review for my friend Gale Martin's recent novel, "Don Juan in Hankey, PA". Even before I had finished reading her very funny story of a small-town opera guild doing their best to put on THE best version of Mozart's Don Giovanni ever in order to keep from going under, I was wondering who might play who in the movie when Hollywood finally gets their hands on it.

After reading a blog post at Operatoonity by a guest blogger with her imagined cast list, I thought it might be fun to put my own cast together so I did just that with no thought to a casting budget or the possibility of temperamental artistes! Of course Amanda would accuse me of perhaps throwing a few of my own favorites in here but hey, if you can't develop an imagined cast list using the people you like then where's the fun in even developing one?  Exactly!  So, without further adieu,my choices for Gale's Dramatis Personae of "Don Juan in Hankey, PA" - ladies first of course! Jeannie Jacobs, A Wealthy Widow, Originally from Hankey: Helen Mirren
And now on to the men ... 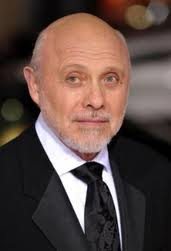 Donato Bianco, Aging Professional Baritone Whose Star Has Lately Dimmed: John Cusack
Picking out who should play each character was almost as much fun as reading the book as I changed my mind a couple of times thinking which role would fit each actor and vice versa before I came up with my final choices. Trust me, if I had been able to work RDJ and Colin Firth in here as well I certainly would have but alas, I'll just have to wait for Gale to write another book to work them into the movie! Either that or she could write a sequel and I'll work them into that!

So ... go ... read the book and tell me if you like my casting choices! Personally I think I'm pretty spot on!

HOLD THE PRESSES! Since I wrote this post I've made one small casting change based on a comment from Jean and the fact that this person somehow or other managed to skip my mind when it came to casting for Leandro, the to-die-for Argentinian opera singer for whom all the women melt. I don't know WHAT I was thinking but obviously the best man for the role would be none other than the very sexy man with a golden voice and molten eyes ... Hugh Jackman!

Swoon! Thanks, Jean, for the reminder - I don't know where my head was yesterday but it was obviously not in the right place! I do hope that Jamie can forgive me!
Posted by Linda at 11/30/2011