For those of you thinking I mean the youth organization administered by the United States Department of Agriculture whose symbol is a four-leaf clover with four white H’s on it to represent the focus of the organization - head, heart, health, and hands - think again! I mean heat, humidity, haze, and horrible which is what describes the weather here in Connecticut for the past several days. To say that it’s been gross would be an understatement – it’s beyond gross!

Thankfully there is an end in sight to the heat and humidity though from what the forecasters have been saying, we’re going to have to go through some major thunderstorms to get there. The area with the greatest threat of severe weather is going to be a bit south of us but the way the weather has been going both this year and last, you just never know which direction Mother Nature is going to turn and who she’s going to slap next.

As much as I love New England – and I do, I do! – I can’t really say that I love the weather when it gets like this; it reminds me of the years that I lived in Florida as a kid and in Mississippi when I was stationed at Keesler Air Force Base in Biloxi. Even in the early hours of the morning or the late hours of the evening, you could walk out the door and get smacked in the face with a humidity level so high it would almost knock you over! Even though I lived in both of those places many, many years ago, I still remember how that would feel and how it just sucked the life right out of you – like your blood would get as thick as the air around you and wend its way through your veins in a slow crawl.

No matter how much I wrack my brain (which granted is not what it used to be as I’ve probably forgotten more than I’ll ever remember), I just don’t recall it being that bad here in Connecticut when I was younger though it has certainly become that way now. Even just looking out the window at the haze hanging in the air or watching a forecast where they have the guts to tell you how hot it really is out there and then wish you a nice day, you can feel the life just being sucked out of your body along with any motivation or ambition or desire to do anything except sit in front of the air-conditioner with a tall glass of iced tea in your hand as you try not to melt.

We were talking about the weather at work the other day, how none of us remember it being as hot and humid during the summer months as it has been lately, so at least there’s some comfort in knowing I’m not the only one who doesn’t remember this kind of weather but maybe that’s just that whole “misery loves company” adage at play or maybe our brains are just fried as when the temperatures go up, so do the number of 911 calls and other emergencies. It’s kind of like when there’s a full moon … things get nuts.

And that’s when I start thinking that a nice vacation to somewhere in the Southern Hemisphere where in July it’s winter and not a hot, nasty, gross summer like we’re having now would be a really nice thing. Maybe somewhere in Australia or New Zealand or the Fiji Islands or perhaps somewhere off the coast of Africa like Mauritius where at this time of year it’s a lovely 22° Celsius - or for those of us who don’t speak metric - a lovely 71.6° Fahrenheit. Sounds like the perfect temperature to me and when you pair that up with white sandy beaches and blue, blue water I think it’s about time to start looking at flights! Why I bet there are even some tropical drinks to go with those sandy beaches and blue waters. So what do you say? Anyone want to go with me?!? I'll buy the first round! 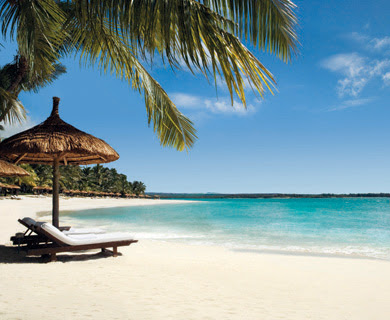