New Year's dawned not exactly bright and sunny here in Connecticut - more like gray and overcast! - but it was good enough for Amanda and I to head down to New Haven and board the Metro-North commuter train heading south to New York City. 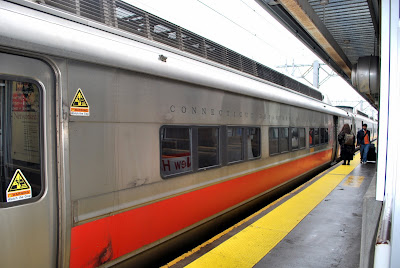 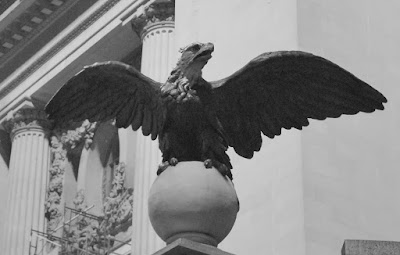 ... walk down to the Museum of Modern Art (herein referred to as the "MoMA") 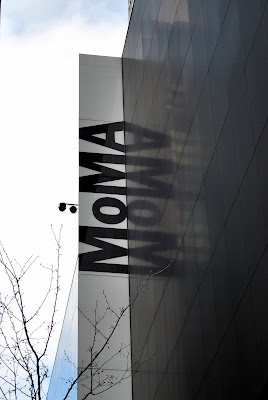 ... and meet up with Amanda's friend Sami who lives in Brooklyn, goes to college in Massachusetts, and was home on Christmas vacation.  Amanda refers to Sami as her "brain twin" which makes it kind of scary for any accompanying adults! 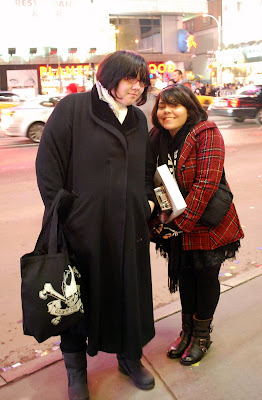 Both girls - and Sami really is a sweetheart - are big fans of Tim Burton and there is currently a Tim Burton Exhibit at the MoMA that runs through April 26th. 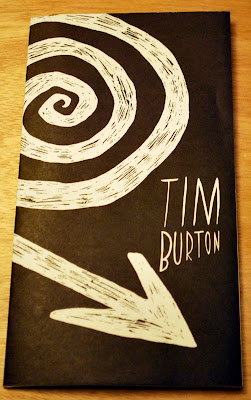 The only snag that we ran into was that the Tim Burton Exhibit is in a smaller gallery section of the MoMA and in order to see it, you have to have a timed ticket.  Due to the fact that every New Yorker and/or his/her brother/sister decided that New Year's Day would be a fine day to go to the MoMA ... 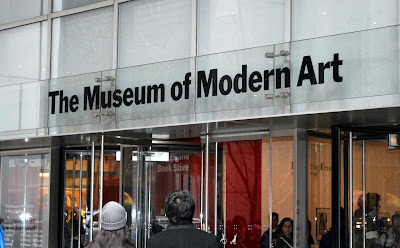 ... the tickets for the Tim Burton Exhibit were sold out which would have defeated the purpose of the trip except that if one became a member of the MoMA, one could bypass that whole "timed ticket" thing along with one's guests.  Ah well, I've always wanted to be a patron of the arts therefore, I am now a card-carrying member of the MoMA.  Should anyone want to meet up in New York one of these days and spend some time at the MoMA, I can get you in for the low, low price of $5 and even share a few perks while we're at it!

Even with the timed tickets, the Tim Burton Exhibit was packed and there was no photography allowed so I can't show you any of it but suffice it to say that it was pretty cool.  Along with his early drawings, there were also costumes from The Legend of Sleepy Hollow, Batman Returns, Edward Scissorshands, Beetlejuice, Planet of the Apes, and a few of Tim's other movies.  The girls just loved the models from The Nightmare Before Christmas, The Corpse Bride, and several other films as well as other pieces of artwork on display.    All in all it was worth the trip but I think a second trip will be in order in the hopes that maybe it won't be quite as wall-to-wall with people and we could spend a little more time looking at things without feeling crushed!

After the Tim Burton Exhibit we went over to where the Monet Exhibit is being shown and while the girls sat down and exchanged Christmas gifts ... 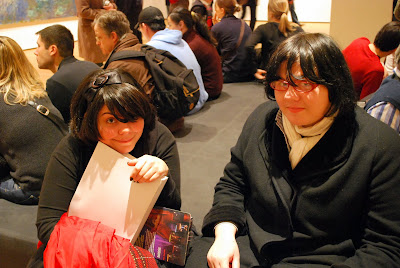 ... I decided that I really, really enjoyed looking at Monet's Water Lilies and other paintings ...

I've often heard people talking about Monet and how peaceful his painting are but I never really paid much mind to that until I found myself gazing at the pastel colors blended together so perfectly that it really does bring on a sense of sereneness and peace. Click on the picture above so you can see a bigger version as these pictures really don't do the paintings justice at all but considering all of the people milling around, I'm surprised I got even semi-decent shots!  Again, I'd like to spend a little more time with these paintings on my next trip to the MoMA.  I believe this exhibit is also there through early April so I'm thinking a trip down before they're no longer there is most definitely in order!

Even though there was a lot more that I would have liked to see, we didn't stay at the MoMA for too much longer as it was getting on in the afternoon and the place wasn't getting any less crowded - plus there were a few other spots I wanted to hit while we were in the City.  Besides, now that I'm a Member of the MoMA, I'll be heading back down to the City for a little more culture at least a couple more times in the next year.  No sense in rushing through everything all at once!

Pictures of some of our other New York sights will be along in the next post!