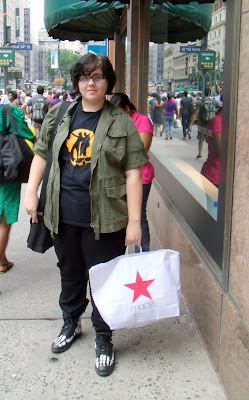 Amanda is leaving for college today - or more accurately - I am dropping Amanda off at college in Massachusetts today with the help of my good friend Andrew who volunteered to pile her belongings into the back of his pick-up truck and deliver them to her new residence.  Andrew, bless his heart, knows I have a bad back that prevents me from going too overboard on hauling boxes, etc. and with Amanda moving into an actual house and not a dormitory, there are more boxes than one normally has when going off to college. As the song says, "I get by with a little help from my friends" and Andrew is indeed one of the best friends a gal could have.

Once his truck is unloaded, Andrew will wave good-bye as he heads back to Connecticut while I'll be sticking around Montserrat for lunch on the Beverly Common followed by Parents' Orientation.  At 2:00 all family and friends will bid their college freshmen farewell as the newly-minted frosh embark on the first part of their college adventures.  From the sounds of their Orientation Weekend, it's going to be a lot of fun in between all of the getting your bearings and making new friends and getting settled into your residence houses and familiarizing yourself with a new community. 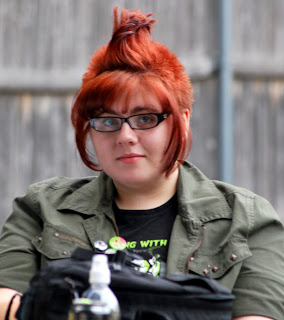 I've got no doubt that Amanda will do just fine especially considering all the freshman will be planning, designing, and attending the "Second Night Semi-Strange Formal" on Sunday and Amanda has 'semi-strange' down to a science!  In spite of her nerves and trepidation, I think she'll find she fits right in as she realizes her dream of attending art college.  It's a big step but a step that I think she'll be successful at.

As for me, I've never sent a kid off to college before so this is all new territory for me.  I'm pretty sure that I'm going to be releasing a sigh or two of relief as I put Beverly in my rearview mirror but I also get the sneaky feeling that in spite of my protestations that it ain't gonna happen, I'll probably be wiping away a tear or two also.  The last few weeks have been incredibly stressful for both of us and even though I know for a fact I can use a break from the kid, I'm still going to miss her.  Just don't tell her I told you that as I've been telling her for the past few months that I've been counting down the days until she goes - I just never really said why.
Posted by Linda at 8/28/2010