For those in the mathematics world, pi equals 3.14159265 and is a mathematical constant whose value is the ratio of any circle's circumference to its diameter in Euclidean space - the same value as the ratio of a circle's area to the square of its radius. 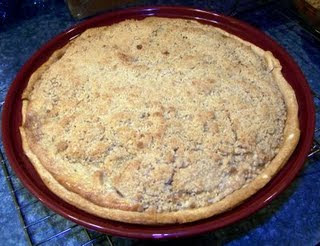 ... whose value is made up of some of the following ingredients ... 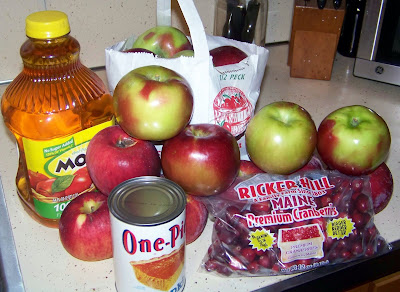 ... which forms a circle whose diameter equals some mouth-watering Thanksgiving deliciousness!

I'll be spending most of today in the kitchen working on the mathematics of pie as I bake up several apple pies with crumb topping, a pumpkin pie, and experiment with an apple-cranberry pie recipe that a certain blogger emailed me about a week or so ago.  While I'm in there I may throw in a batch of brownies just for good measure!

Hope everyone has a terrific Tuesday in your whatever part of the world you're in!