Two More Officers Fall During the Month of February

Our country's Law Enforcement community has taken another hit with the loss of two more officers bringing this month's current total to eight and a staggering twenty-one deaths overall since the first of the year. 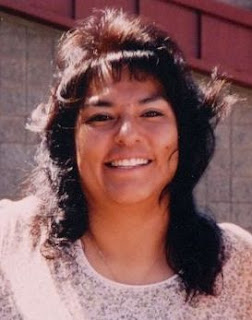 Criminal Investigator Denise Phoenix, a member of the Pyramid Lake Paiute Tribe of Nevada, died on February 14th while awaiting a double-lung transplant in Denver, Colorado. Her lungs had been damaged four months ago when she investigated a child-abuse case in a Montana home filled with noxious gas from methamphetamine production.

A Bureau of Indian Affairs criminal investigator and long-time Northern Nevada law enforcement officer, Investigator Phoenix had dedicated her life to improving her community and caring for children through her law enforcement career in Northern Nevada and Montana after the tragic deaths of her own two children and brother, Ronald Phoenix, in a fatal car accident in 2000.

Investigator Phoenix, age 43, is survived by her husband who is also a police officer as well as her father, stepmother, and several brothers and sisters. 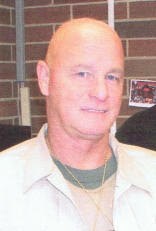 Corporal Harry Thielepape of the Harris County Constable's Office, Precinct 6 in Texas succumbed to gunshot wounds sustained over three weeks ago while arresting a suspect for possessing drugs and illegally possessing a handgun. Corporal Thielepape was working a part-time security job at a local apartment complex at the time of the shooting

Corporal Thielepape, age 57, was transported to a local hospital where he underwent several surgeries in an attempt to repair the wounds but they were too serious for him to survive. He was with family members at Memorial Hermann Hospital when he died on Wednesday, February 20th.

Corporal Thielepape was a 12-year veteran of the Constable's Office and was assigned to a special unit focused on finding fugitives and parole violators.

Please keep these fallen officers and their families in your thoughts and prayers.
Posted by Linda at 2/21/2008