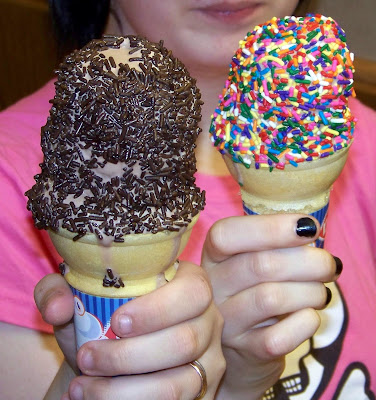 Every great once in awhile when we need a treat during a long day in Dispatch & Scheduling at American Ambulance where I work we decide to make a Dairy Queen run. Not only is it close but it's ice cream and who can resist ice cream, especially when you're stressed to the max and need something to take the edge off? Certainly not us!

Blizzards® are the number one choice of the other people I work with but I tend to prefer a nice cup of vanilla with sprinkles - sometimes chocolate ones and sometimes rainbow ones. However, I've apparently confused the heck out of some people when I order my ice cream with "jimmies", which is what I've always referred to the chocolate sprinkles as.

This got us into a bit of a debate one day (the things one debates about in a dispatch center are quite varied as anyone who has ever worked in one can tell you!) so I thought it might make for a good poll in a blog post so that I could find out what other people refer to the little chocolate bits that you put on an ice cream cone or sundae as. Are they sprinkles? Are they jimmies? Are they shots? Are they something completely different? Take a moment to answer the poll below and let me know what you call them! 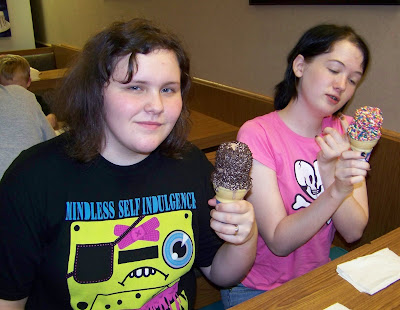 Then there's Amanda, who avoided the debate completely, took the easy way out, and just ordered a chocolate cone with cherry dip - leave it to her to have to be different! 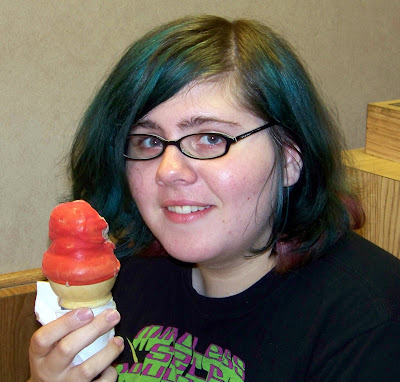