We here on the East Coast are in the midst of our first heat wave of the season which oftentimes means that thunderstorms are also present. An unexpected one blew through the region early Sunday evening while I was at my son's house in Rhode Island for my grandson's birthday party. The only thing we got where we were at was some distant rumbling, a major darkening of the skies, and a bit of rain but parts of Connecticut got hit hard which was evident on my way home from all of the branches and leaves in the roadway.

As I was driving north on Route 12 making my way back home, I could see over the trees that we were in store for a gorgeous sunset and I knew I wanted to get some pictures of it. Luckily I had my camera with me and even though the batteries were starting to run a bit low, I was hoping they had enough juice left in them for a few pictures.

The trick at that point was to try to find a spot where I could get some good shots unobstructed by the many trees that are in the area and it was then that I remembered a boat launch right off the roadway I was on and decided that would be the perfect spot. Below are some of the shots I got and I think they came out really nice - especially considering I apparently have this major fixation with clouds lately! As I told Mimi a bit ago, I think maybe it's because I'm spending more time looking up than I am looking down and that's when you see some truly beautiful things. 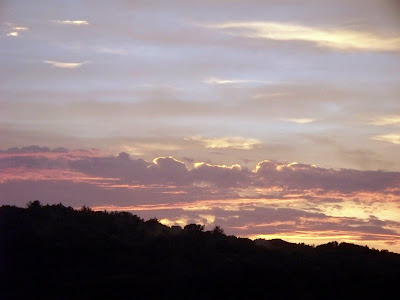 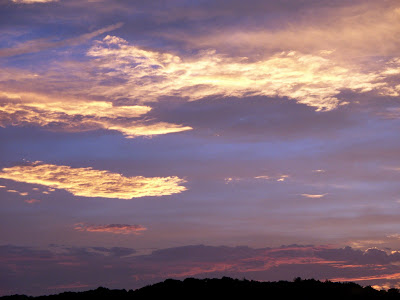 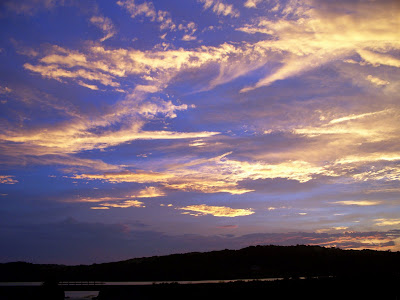 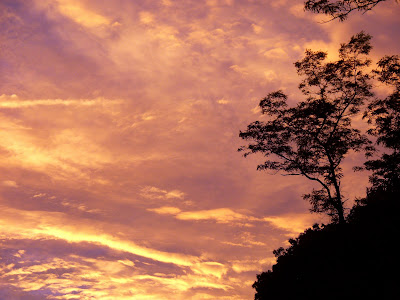 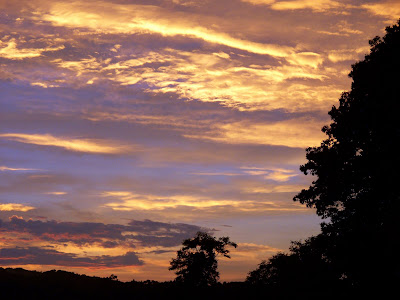 Amanda's favorite is the second one from the bottom, which I rather liked myself, too. The thought occurred to me, though, that if I keep taking so many pictures of clouds, I'm going to need some more computer memory to keep all the pictures in pretty soon! But it just might be worth it!
Posted by Linda at 6/10/2008