Things that make you go "hmm" but certainly not "zzz"!

********************
As I've been having some trouble sleeping lately to the point of feeling like I am tossing and turning all night long, I mentioned it at my last doctor's visit and Dr. Joe was nice enough to give me a prescription for Ambien. Actually, he gave me a prescription for something else first but because I have really lousy medical insurance, there was a $40 co-pay to get it so I got him to give me a script for Ambien instead, which only has a $10 co-pay because there is a generic medication for it. I need to sleep but the girls also need to eat so a $40 medication is a luxury that I can't afford!

I've never taken any sort of sleep aid before so I wasn't sure how Ambien was going to affect me. A couple people at work who take it said to make sure that I had at least 8 hours before I needed to get up and also that it kicked in within about 20 minutes. The instructions that came along with it said basically the same thing so last Friday I took one as I didn't have to work in the morning and it seemed like the perfect time to "test sleep" it.

I took the very tiny blue pill with some water, settled back into bed, and waited for blissful sleep to overtake me. An hour later I was still waiting. An hour after that I looked at the clock and thought that it was a darned good thing I didn't have to get up in the morning. Sometime after that I finally drifted off but it was that kind of sleep where you always feel like you're partially awake. I swear I woke up every five minutes and when I awoke in the morning I sure the heck didn't feel like I had gotten any sort of restful slumber. So much for Ambien. 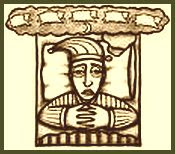 However, I had paid $10 American for this medication and I wasn't willing to just toss it away after one failed attempt. Not having to get up for work this past Friday morning, I figured I would try it again Thursday night but this time I was going to double the dose as the label on the prescription bottle read "one or two pills as needed". Obviously I needed two as one didn't work at all so this time I took two tiny little blue pills with some water, settled back into bed, and waited for blissful sleep. And waited. And waited.

At least this time when I finally did get to sleep, close to 45 minutes later as best I can guess based on when I last looked at the clock, I actually seemed to sleep pretty good and don't remember waking up at all during the night. I had gone to bed close to 12:30 (I was catching up on episodes of The Closer I had on the DVR) and it was almost 1:30 before I fell asleep. I had expected to sleep until close to 9:00 but I woke up at 7:00 instead. Ugh ... It was pretty easy to convince myself to stay in bed, though, so I rolled over and didn't wake up again until the preferred 9:00 that I had been shooting for in the first place.

I just don't understand why it is I seem to have such a high tolerance to medications. Everyone raves about the wonders of Vicodin and to me it's like taking a couple of extra-strength Tylenol; Percocet simply makes me sick to my stomach; Tylox does virtually zip for me; and now a sleeping medication that other people can take and find themselves happily snoozing away in Dreamland 20 minutes later is so ineffective that I can write this entire post after taking it.

Email ThisBlogThis!Share to TwitterShare to FacebookShare to Pinterest
Labels: sleep