This week's theme for the Photo Hunt, hosted by TNChick, is shoes and the only problem with this theme is that there is a guy who has an alter-ego named Kelly who does a song called "Shoes" that manages to get caught in my head every time I hear or say the word shoes. If you haven't seen it (and chances are real good if you don't watch Fuse or spend a lot of time fooling around on You Tube then you haven't) then you might want to check it out here but I warn you - it's strange and not for those easily offended!

I wasn't exactly sure what I was going to do for this week's theme - my first thought was to throw everyone's shoes in a big pile and take a picture of them - but then I decided that I would just take a picture of what everyone had on their feet and go with that. 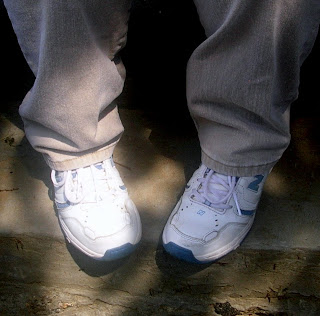 Next up would be oldest daughter Amanda's Vans clad feet - 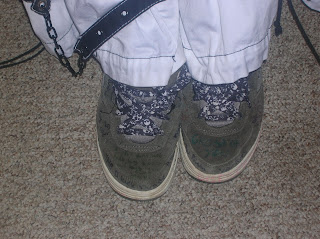 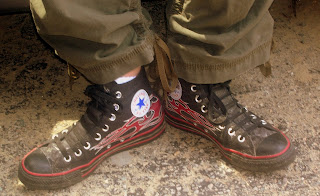 Just looking at those shoes, I bet you'd be hard-pressed to tell that I had daughters and not two more boys! But they like their shoes which they say are comfortable and they're teenagers so what more could one expect??