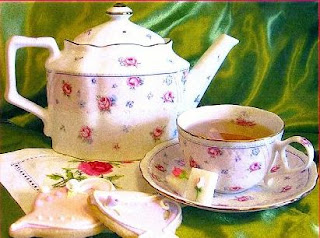 Oh dear, oh dear! What to do? What to do? It appears that I have been summoned for a royal meeting with the Queen this coming Thursday and frankly, I'm a bit nervous! Is it for tea or is it for a royal dressing down of some sort? 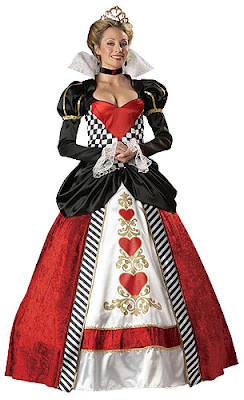 There I was, minding my own business while sipping a cup of coffee and searching out wishes in the Blogosphere this morning, when suddenly an instant message popped up my screen from Her Royal Highness Mimi, Queen of Memes. "I should like to meet with you this Thursday hence and request your presence for tea and perhaps dinner at a destination to be named later. There are matters of great importance that we must discuss and I feel this would be better met through a personal meeting rather than through the internet. I shall be in touch as to time and place."

Oh dear, have I committed some sort of violation of the Rules of Meme? Did I fail to participate in a meme that I was tagged for? Am I destined for the dreaded dungeon at Bloggingham Castle? All sorts of thoughts - both good and bad but mostly bad - began circling in my not-quite-caffeinated-enough head! What could the Queen possibly need to discuss with me? What could be so important that she would leave the protected walls of Bloggingham and wander the countryside? 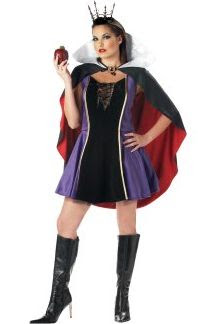 I mean, seriously, as much as all of us in the Blogosphere love our beloved Queen of Memes, how many of us have actually been summoned to appear before her? None that I can think of so naturally I'm a bit apprehensive! Is she a benevolent Queen? A Queen who rules happily from Bloggingham Castle with a sweet smile and a gentle wave of her hand or is she the type of Queen that one should cower before? The type of Queen that would be scaring the bee-jeebers out of sweet innocent characters in a Disney movie? Is she going to offer me a slice of poison apple pie and or perhaps a cup of hemlock tea? Tales of her non-culinary talents do run rampant through the Blogosphere so of course I should be leery, correct? Maybe she'll have a Royal Taste-Tester present and I can merely eat only that which the Queen consumes? 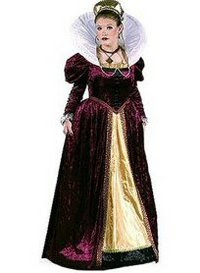 How do any of us know what type of Queen she really is? The most any of us have ever seen of her is half of her face peeking out from behind trees in the Bloggingham forest or gazing out from beneath the turned-down brim of a sleuth's hat while she goes investigating in the Blogosphere. Has anyone ever seen her royal documents proclaiming her to be actual and honest-to-goodness royalty? Was she dubbed Queen like King Arthur who was dubbed King by "the Lady of the Lake, her arm clad in the purest shimmering samite held aloft Excalibur from the bosom of the water, signifying by divine providence that he, Arthur, was to carry Excalibur"*? Or did she just one day decide that she looked good in a tiara and proclaimed herself to be Queen so that she could get the royalty discount at local restaurants and shops?

How do I know that this isn't one of those oh-too-frequent internet scams where someone is proclaiming themselves to be royalty from another country who, through no fault of their own, is having difficulty in obtaining their rightful inheritance and needs me to help them recover their millions while offering me a significant chunk of the bounty as long as I make a small investment of my own hard-earned money up-front? Perhaps I should best leave my checkbook at home in case I fall victim to her smooth talk and earnest promises!

Or perhaps our beloved Queen is merely a former Beauty Queen who wishes to meet for tea to reminisce about her former glory days strutting her stuff on the boardwalks of New Jersey? I'm sure she'd have great tales to tell of the cat-fights that go on backstage while one contestant steals hairspray from another or lines another's bathing suit with pepper spray!

Well, regardless of our Queen's true identity and past, I am definitely looking forward to meeting her despite the nervousness and trepidation one must always feel at the thought of meeting a Queen. I'm going to have to work on my curtsying ... 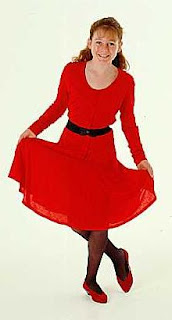 ... and Lord knows what one wears when meeting royalty! I'm pretty sure a hat is in order, especially if one is having tea as I believe it's considered quite gauche to have one's head uncovered in the presence of royalty. Of course, I'm a little rusty on The Rules of Etiquette When Meeting Royalty Whether Self-Proclaimed or Not so I could be wrong there! 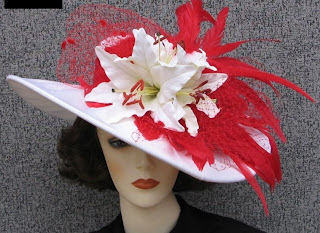 So, as long as I don't find myself locked away in a dungeon for my impertinence in writing this post, I shall let you all know how it goes after Thursday's meeting as long as the Queen gives me her Royal permission to blog about it. 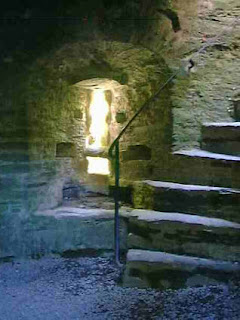 Gee, now that I think about it, I wonder how she manages to drink tea with only half a face??