An on-duty officer with the Bushnell Police Department was killed Tuesday, August 5th, in a head-on collision north of Tampa in Sumter County, Florida. Detective Sandra Joyce Bullock, 59, a 15-year-veteran with the department, was driving home in her unmarked Ford Crown Victoria about 6 p.m. Tuesday when the accident occurred.

According to a Florida Highway Patrol report, she had been driving north when a 2005 Jeep that was driving in the opposite direction tried to pass a car in front of it and ended up in the path of Bullock's oncoming vehicle. Detective Bullock veered right and braked in a futile attempt to avoid striking the oncoming Jeep. The collision sent her squad car spinning, and it landed on its right side. Detective Bullock died at the scene.

Police Chief Joyce Wells of the Bullock Police Department stated, "We are all still shocked. She was a dedicated officer who was concerned with citizens, especially children."

Bullock had previously worked as an investigator with the Lady Lake Police Department with then-detective Sgt. Ed Nathanson. "She was a good person and police officer," said Nathanson, now the chief of Lady Lake's police department. "It's a tragic loss and our hearts go out to her." 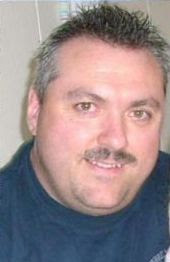 In South Carolina, Colleton County Deputy Sheriff Dennis C. Compton, 39, was shot Wednesday, August 6th, when he responded to an alarm at an empty house at approximately 3:00 a.m. in the town of Smoak. Deputy Compton's body was found by the homeowners' son who had been called to the home by the alarm company also. The son used the slain deputy's radio to report Compton had been shot.

Deputy Compton had worked for the sheriff's office for two years -- first as a jailer and for the past 16 months as a deputy, Colleton County Sheriff George Malone said. "Deputy Compton was an honorable man, he was a family man," said Malone, who called the deputy "one of the best officers I had."

A married father of four, Deputy Compton leaves behind his wife Tabatha; daughters Tabitha, Kaylee, and Jayden; and son Jason. 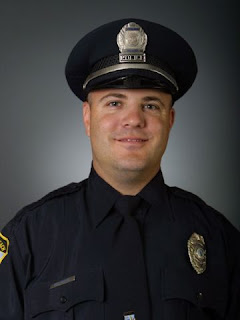 In an undercover drug operation that went horribly wrong, Detective Michael Smith Phillips of the Virginia Beach Police Department was shot to death as he sat in a pickup late Thursday night, August 7th, trying to buy a half-pound of marijuana from the suspected drug dealer sitting next to him. When another man walked up to the pickup and began firing Detective Phillips, who was armed but not wearing a bulletproof vest, took three shots to the torso. He was pronounced dead at the scene.

According to Virginia Beach Police Chief Jake Jacocks, the suspected shooter was arrested as he hovered over Phillips' body and attempted to steal the undercover officer's cash. "It all went as it was planned to go up until the shots were fired. It was very quick, totally unexpected," Jacocks said. This was the first time a Virginia Beach police officer has been killed in an undercover operation.

A six-year veteran of the Virginia Beach Police Department, Detective Phillips served in the Air Force from 1990 until 1994. In 1999, he began working as a patrol officer with Hampton Police Division. Three years later, he joined the Virginia Beach department where he had spent the last two years in Special Investigations.

Detective Phillips, age 37, is survived by his wife and two sons, ages 8 and 12.