Traffic Accident Claims the Life of a Mississippi Police Officer 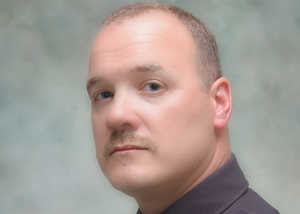 A member of a Mississippi Police Department's Traffic Division died as a result of injuries sustained in a motor vehicle accident on Thursday, August 14th.

Lieutenant Robert Curry, a motorcycle officer with the Gulfport Police Department, was on his way to meet fellow officers called to escort a funeral procession from a nearby funeral home when another vehicle turned in front of him. Lt. Curry was transported to Garden Park Hospital where he later succumbed to his injuries.

A 14-year veteran of the Gulfport PD, Lt. Curry had recently been assigned as the Officer-In-Charge of the Traffic Division and operated a police motorcycle every day. He was also a long term member of STORM, a state DUI officer association.

Attorney David Morrison, a former police officer, said Curry's loss "is felt by the entire Mississippi Gulf Coast as well as the larger law enforcement family throughout the world. These officers serve us day and night, 365 days a year, and we should return some of that respect and devotion by offering the Curry family our assistance. They need us."

Lt. Curry, age 39, leaves behind his wife of thirteen years, Leslee, who is also a lieutenant with the Gulfport PD, as well as a son and daughter and a police family that is tremendously saddened by the loss of one of their own.
Posted by Linda at 8/16/2008