I woke up this morning to find that my friend Maddy of the blogs Whitterer on Autism and Alien in a Foreign Field had tagged me for a supposedly quick meme that she had been tagged for by Michelle at Just a Minute who originally was tagged by Amber at Bringing Good Home who was tagged by Lord only knows who as trying to follow back who tagged who is certainly not a quick task and one I'm just not up for this morning! Anyway, in this reportedly quick meme, I'm to list six quirky details about myself and then tag another six bloggers to reveal six quirky things about themselves. Quick and easy, right? Uhm ... not really!

Now perhaps it was quick for Maddy to come up with six quirky facts about herself being that she's a former butter-limbed Brit who routinely fell out of trees that now lives on the West Coast where quirkiness abounds but I'm just a boring native -born American who lives in Connecticut where quirkiness is frowned up! Still, a tag is a tag is a tag and even though I am a Duchess, who am I to say "nay" when there is a Queen of Memes out there monitoring these sorts of things?

Therefore the Quick Rules for the Quick Quirky Meme are as follows:

1. I cannot sleep in a room with an open closet door. This stems back to a house that we lived in when I was about six years old in Tucson, Arizona. I swear that house was big-time haunted and the things that came out of my closet would have been great fodder for a Stephen King novel! To this day, closet doors stay tightly closed! 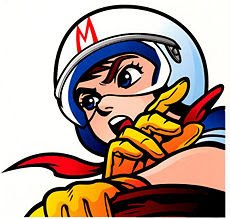 2. When I was a freshman in high school I was obsessed with the original Speed Racer cartoons and would drop everything to watch them. I refused to see the new movie version as I knew it wouldn't hold up to the original cartoon series! 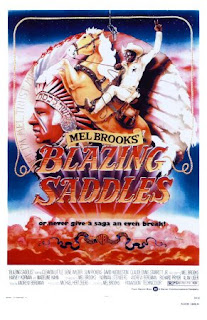 3. One of my very favorite movies of all time is Mel Brooks' Blazing Saddles and I can quote way too many lines from the film - especially at work as nothing brings out movie quotes more than a stressful day in dispatch! 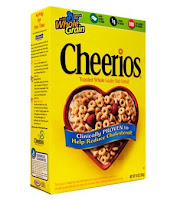 4. I have trouble eating Cheerios as I once told a lie about blowing bubbles in my room when I was about six, got my mouth washed out with Ivory soap, and ate Cheerios afterwards. To this day, Cheerios taste like Ivory Soap! 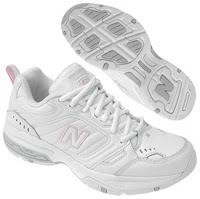 5. I have an absolutely horrible time finding shoes that I like so spend most of my time in sneakers, preferably white New Balance ones! My mother, on the other hand, has so many shoes that I call her the Imelda Marcos of Canterbury! 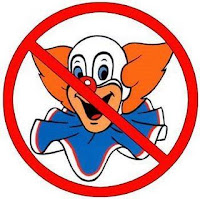 6. I hate clowns. They creep me out. I find nothing at all funny about clowns and think they should be banned from the face of the earth!

So, there 'tis, it wasn't exactly quick and it might not be exactly quirky but at least I got 'er done as the saying goes!
Posted by Linda at 8/09/2008