Rocking the Night Away

I know I've been promising you all that New York City trip post now for almost two weeks but as I was going to sit down and finally get it hammered out last night I had a better offer that I just couldn't refuse ... the chance to play a little bit of Rock Band on the XBox 360 with the youngest daughter! 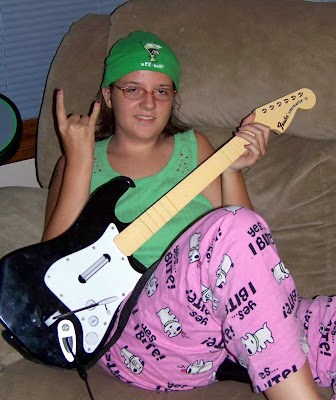 You know how the old Cyndi Lauper song goes ... "girls just wanna have fun" so I took a break from the blog and had some fun with Jamie. I'll get around to that other post - eventually!
Posted by Linda at 7/10/2008