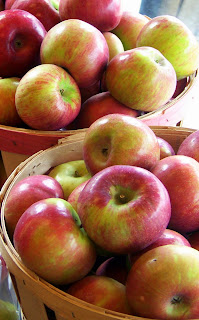 I am a firm believer that birthdays, no matter what age you're turning, are special and should be celebrated and acknowledged as that's the one day out of the year that you can call your very own - well, unless you're a twin or a triplet or one of those other multiple birth babies as then you have to share your special day with your brothers and/or sisters! Still, birthdays only come once a year and everyone deserves a happy one.

This past Monday was the birthday of Frank, a fella I've mentioned here in my blog a time or two. He's a fire inspector (more like a fire god) down at the Mohegan Sun Casino (where I have been finding it darn hard to get in my hours for training) as well as a part-time dispatcher at American where he once was quite the god there, too, if stories from the past are to be believed! Knowing that he was going to be working dispatch with us on Wednesday evening I thought it would be nice to bake an apple pie to bring for him as a belated celebration of the anniversary of his birth.

Here's the story of the creation of Frank's birthday pie ... Warning! You may find yourself beset with cravings for apple pie after watching this video!

Who says you have to have birthday cake in order to celebrate? Birthday pie is just as good! Now ... about that diet I've been meaning to go on ...
Posted by Linda at 10/02/2008