Looking Up at the Sky on Friday 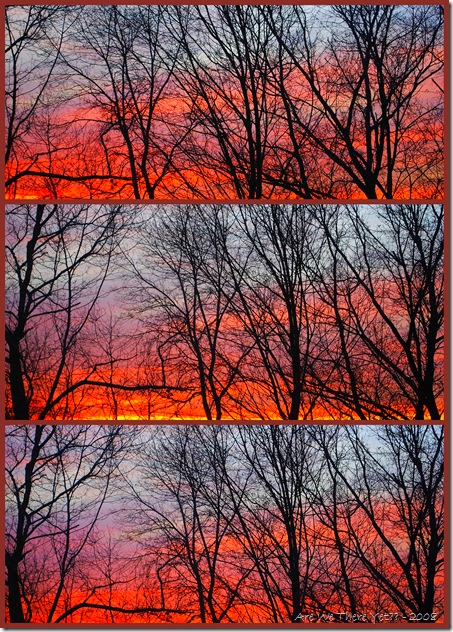 I was over visiting at CrAzY Working Mom earlier this morning admiring her Sky Watch Friday photo and mentioned in a comment that I had thought about participating in the meme myself but just had never gotten around to it. Shortly afterward she emailed me back and told me not to as apparently there are rules about not disclosing in every single post when you do any sort of paid link or what-have-you. Apparently a site-wide disclosure isn't good enough so Tisha decided to do a sky picture on Friday anyway without participating in the meme.

Considering I have a TON of sky pictures but just not the time to visit everyone who does a major meme (like Wordless Wednesday or the Photo Scavenger Hunt on Saturdays), I thought it would be nice to post a couple of sunset shots I took this past Tuesday and link back to Tisha. Maybe she'll make it a weekly thing and we'll just do it together .. after all, you never know when I might write about a term life insurance quote or something! Have a great Friday and don't forget to scroll down and play along with "I've Got a Question - You've Got an Answer" below this post!