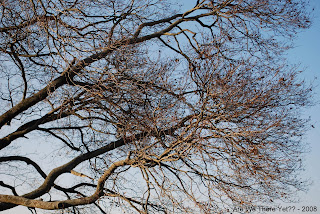 Having written about a bit of Norwich history yesterday with the legend of Mohegan Chief Uncas and his amazing jump across the gorge above Yantic Falls, I thought I might share some pictures with you today that I took in that area. As a matter of fact, I even set the slideshow to some nice Native American music called "Shaman's Dance" by David & Steve Gordon whose CD Sacred Spirit Drums I've owned for years and just love. The music really seems to fit that particular area but I guess that's no surprise as it was Native American land long before English settlers took it over.

I should apologize in advance that there are A LOT of pictures in this slideshow and a good many of them may look somewhat similar but this is what happens when you have a new camera that you're trying to learn how to use and you like the area that you're photographing! I hope that you'll still enjoy the pictures as well as the music and forgive me if there are any duplicates that slipped in.

I wish that there were some pictures available from the time before the falls on the Yantic River were harnessed and used for power for several manufacturing mills that were located along its banks but alas, I've been unable to find any as I doubt that any of Uncas' braves were running around with a digital camera or even a Polaroid in their loincloths. Which is too bad as I would loved to have seen this area untamed.

The first industry to spring up on the Yantic River using the mighty falls for power was a grist mill in the 1600's owned by John Elderkin. In the 1800's Norwich was a major manufacturing city in Connecticut and boasted quite a few mills including the Falls Company, which produced heavy, colored cotton goods, awnings, tickings, etc., and The Norwich Woolen Company that specialized in flannels. Both mills were located along the Yantic River in the area of the falls and, between the two of them, employed close to 700 workers. 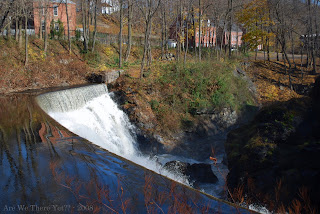 The Falls Company is now Falls Mills Condominiums and another mill was also converted to an apartment complex called The Mill at Indian Leap. I would love to live at either one of them - or better yet at one of the old brick mill houses that you can glimpse on the other side of the falls but alas ... the rents are a bit higher than I can afford. Besides, if I lived over there I'd be apt to take even more pictures and subject them to you guys!

As beautiful as the falls along the Yantic River are, they are also dangerous and it seems like at least one person a year dies either swimming in an area they shouldn't be in, falling from the slippery cliffs onto the sharp rocks far below, or doing something else they shouldn't. Fortunately our Fire Department is well-trained in water rescue but common sense and caution would keep them from ever having to use those skills - something I'm sure they would much prefer.

If you're ever in Norwich, I promise you a trip to see the place the Mohegans called The City of the Kings but in the meantime, I hope you'll enjoy the pictures I've taken as well as the music that goes along with them.