********************
I have a scheduling conflict of major proportions tonight! Normally there is just about zip, zero, and zilch that I care to watch on TV and if there is something I think I'm going to want to see, I program the DVR to record it so I can watch it later sans commercials. Well, leave it to Fox, ABC, and TLC to go and totally screw things up for me! 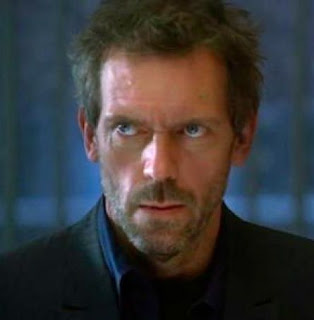 "Is this an intervention? You're a little late, since I'm not using drugs anymore.
I am, however, still hooked on phonics."
Tonight is the long-anticipated season opener of "House MD" on Fox. Those of you who watch the irascible Dr. House will remember that he lost his entire staff at the end of the last season - Foreman, Chase, Cameron, all of 'em gone - leaving our favorite physician with no team at all. What's a curmudgeonly curer to do? Well, I could find out at 9:00 tonight except that the show overlaps with one of my other favorite shows ...

... "Boston Legal" which is on ABC with its season opener from 9:30 to 11:00 - damn the luck! I have watched this show since its very first episode and I will be darned if I'm going to miss out on the antics of Denny, Alan, Denise, Paul, Shirley, and the rest of the gang at Crane, Poole, and Schmidt! The big problem, though, is that my DVR isn't the type where I can record one show while watching another so I'm probably going to have to record one while watching the other on the small TV upstairs. The question is, which one?

I rather like to think that Alan Shore and I have much in common as we're both slightly irrational, are masters of deadpan humor, are hilarious, and yet are still kind though people tend to think otherwise! Granted, James Spader, who plays Alan Shore, just won an Emmy and I can't seem to even win Employee of the Month at work as I must be truly awful despite having been the Employee of the Year in 2004 but still ... I think we are very much alike! 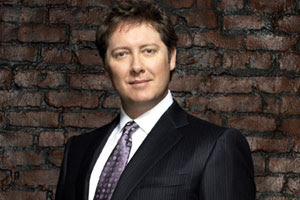 Alan Shore: ...I'm bored.
Paul Lewiston: I beg your pardon.
Alan Shore: You people keep assigning me these boring cases. At my old firm, I got murderers.
I had clients who would touch themselves in public restrooms. These were people you could root for,
not to mention relate to.
Paul Lewiston: Is there some other place you'd rather be, Mr. Shore?
Alan Shore: Yes, I want to be on cable. That's where all the best work is being done.
If all of that wasn't bad enough, TLC has managed to throw yet another monkey wrench into the mix by airing the episode of "LA Ink" featuring rhythm guitarist Frank Iero of My Chemical Romance that Amanda has been waiting all summer to see and it runs from 10:00 to 11:00 tonight! The TV gods are surely mocking me this evening, are they not??

Luckily, TLC likes to "chew their cabbage twice" as my Dad used to say and are running the same episode back to back so we'll simply set the DVR to record "LA Ink" from 11:00 to 12:00 and Amanda is just going to have to wait one more day to see it as she's got school tomorrow and is NOT staying up until midnight! I think she'll live, though I'm sure she'd beg to differ! 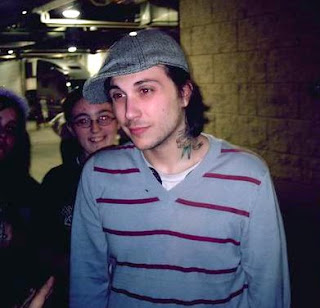 "If you don't listen, you're never gonna learn."
How about you folks? What are you watching tonight??
Posted by Linda at 9/25/2007