Tomorrow is my birthday - my 49th birthday. I stand poised at the edge of the pool and wonder about diving into the last year I can claim to be in my 40's. Am I going to do this gracefully or am I going to belly-flop?

Up until recently I hadn't really given my age a whole lot of thought as I've always felt that age is more a state of mind and my mind sure doesn't grasp the concept of being 49 at all! My Mom said something the other day about how my father never acted his age in respect to realizing that he was older and there were certain things he just flat out couldn't or shouldn't be doing anymore but still he did them. Therefore I have come to the conclusion that my state of mind is genetic as Dad appeared to never give his age much thought either; apparently I inherited this from him right along with my Yankee stubbornness!

Not that I am not fully and oftentimes painfully aware that there are things I can't and shouldn't be doing anymore, however that awareness came several years ago in the form of a couple of herniated discs that continue to wreak havoc on my left leg when the weather turns. I don't believe it really had anything to do with my age as I had been flirting with back issues from the time Michael was barely two years old. Apparently it's another one of those genetic things as out of my three brothers, two have back issues also. Not sure whether to thank Mom or Dad for that one, though.

The only thing that bothers me about 49 is that I sometimes feel like I am facing the final frontier ... I have one year left before I turn a half a century old and I get the sneaky feeling that one last year is going to pass in the blink of an eye as they all have done since I turned 17. I've always thought of 50 as the age of maturity (even though Senior Discounts don't start until your 60's - damn the luck!) and I guess I'm just not so sure that I'm ready to enter the age of maturity yet. I'm not sure what my life expectancy is (not that any of us are ever sure of that) but I'm pretty confident that I have lived more than half of my life already and what on earth do I have to show for it? How can I possibly enter maturity when my life is still such a mess? 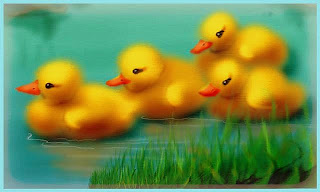 I cannot keep my financial ducks in a row at all, my potential for retirement at a decent age is slim to none, my pancreas is entertaining the idea of diabetes, my blood iron levels fluctuate much like the stock market, and I obviously suck in the personal relationship department. I lie awake at night sometimes and wonder/worry about these things along with a myriad of other smaller things such as did I remember to put the recycling out this week, how much milk do we have left, and is Grey's Anatomy really going to bite this year or will Shonda Rhimes manage to save it after last year's horrendous season finale?

What have I accomplished during my time on this earth and what else do I want to accomplish before I leave it? I guess there comes an age when we all sit back and ask ourselves those questions and it appears I have chosen this age to ask them. Why? I don't know, maybe it's that whole maturity thing again! Besides, it's probably better to ask yourself what else you want to accomplish while you still have the possibility of actually doing it. Better to ask myself when turning 49 rather than when I'm turning 79 - provided I am around that long! Of course, the way my memory is going here lately even if I'm still alive and kicking in another 30 years I'll sure as shootin' have forgotten what the question was!

So, during the next 365 days I will be giving thought to what I want to do with the rest of my life. What opportunities do I want to make for myself? What trips do I want to take? What places do I want to see? What skills do I want to learn? Where do I want to be in another ten years? I figure I've got a year to sort these things out before I really have to get serious about them and that seems reasonable to me.

In the meantime, I do know one thing I want to do in the next year and even though it sounds pretty impossible right at the moment it's one of those things I've always wanted to do and never got the chance ... I want to learn to play the drums ... 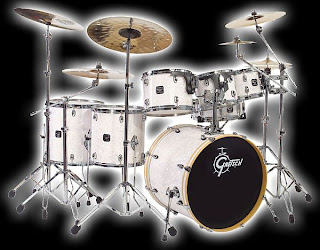 That should really drive Amanda crazy if I ever actually follow through on wanting to do this!
Posted by Linda at 9/08/2007