We Meet At Last!

********************
Aside from Boukie who occasionally (and that would be very occasionally) writes something in his blog, The Fire Insider, and my dispatch partner Jen who launched Mommy 911 last Fall, I haven’t had the opportunity to meet any fellow bloggers – at least not until yesterday.

Despite the fact that we both live in a State that’s only 5,018 square miles total, it took months of planning before Ms. Maggie Moo and I were able to organize our lives enough to plan an evening out but it was well worth the wait as Mags is one of the nicest people I’ve had the pleasure of meeting in a very long time.

We met at the Cuckoo’s Nest in Old Saybrook which is about 35 miles south of me and a bit more of a drive than that for Mags. Apparently that part of Connecticut was her old stomping grounds and she was familiar with the area so it seemed a good place to meet. Besides, I hadn’t had Mexican food in a long time and I’d heard that the Cuckoo’s Nest was supposed to be pretty good. I was under no delusions that it was going to be anywhere near as good as what I was used to in California (there are times I think I would give my left arm for a #12 from the Cancun Mexican Restaurant in Stockton!) but until I can win the lottery and open my own authentic Mexican restaurant, the Cuckoo’s Nest was just going to have to do! 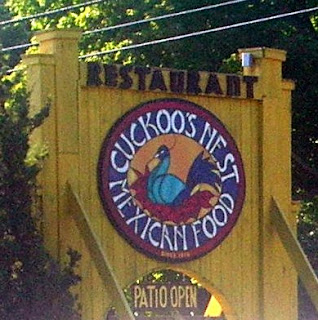 After a big ‘hello’ hug at the door the very first thing Mags asked me was “is Amanda really tall?” I told her that she was about 5-9 and she said “Oh, that explains it then because I thought you were really short but it’s just that Amanda is tall.” Oh … it never in a million years occurred to me that I appeared short in the pictures with the girls but apparently I do! Just the for the record in case anyone else is wondering, I am actually 5-7 though for some stupid reason I always wanted to be shorter. I guess the trick is just to stand next to Amanda and I will at least appear shorter!

We were shown to our table and Mags graciously took the bench seat (which looked suspiciously like a church pew in another life) as she thought a regular chair would be better for my back. What a considerate person in addition to having the most wonderful smile and laugh (guys, I don’t know what you’re waiting for here – this girl is a catch and then some!). Being that we were in a Mexican restaurant, we each ordered a margarita and were a little surprised when it showed up in what was most definitely NOT a margarita glass …

Uhm … I could’ve sworn the sign outside said Mexican but apparently it wasn’t traditional Mexican – at least not when it came to their margarita glasses! Mini-margarita in hand we perused the menu and both ended up ordering the same thing which was the combination plate. I had decided beforehand that lo-carb be damned and I was really looking forward to a couple of tacos. I should point out here that one of the standards I have for a Mexican restaurant to be considered authentic in my mind is that the beef tacos need to be made from shredded beef and not ground beef. I never ate at a single Mexican restaurant in California or Mexico that served up a beef taco with ground beef, that sort of thing is reserved for Taco Bell or wannabe Mexican restaurants. Looking at the ala carte part of the menu I saw that a single taco cost $5 so that seemed to bode well that they were going to contain shredded beef because who would have the nerve to charge $5 for a taco made with ground beef? Uhm, yeah, the Cuckoo’s Nest apparently does because that’s exactly what arrived on my plate nestled next to my chicken taco and cheese enchilada. Sigh … oh well, I sure wasn’t going to let a ground beef taco and a mini-Margarita spoil my evening as it wasn’t about the food but about the company I shared the table with.

Mags and I had no trouble talking and before we knew it, close to four hours had passed and I’m sure our waitress had long ago decided that we had become a permanent part of the restaurant! But it’s really true that time flies when you’re having fun and in no way did it feel like we had been sitting there laughing and joking for so long. Well, I take that back, it apparently felt like it had been that long to poor Mag’s backend as that pseudo-church pew she had been sitting on was not the most comfortable of seats! Still, even though talking to me was a pain in the ass, not once did she complain! I am so honored!

Hopefully we’ll have the chance to get together again before she makes the move to Boston where she wants to ply her culinary talents and skills. Next time maybe we can make it somewhere closer to Mags’ part of the State and definitely a place that has more comfortable seating! Oh, and it won’t be Mexican as I have given up hoping that I am ever going to find a good Mexican Restaurant this side of the Mississippi. Come to think about it, though, Mags is Italian so maybe we could find a nice little Italian place in Hartford – now that sounds like fun! 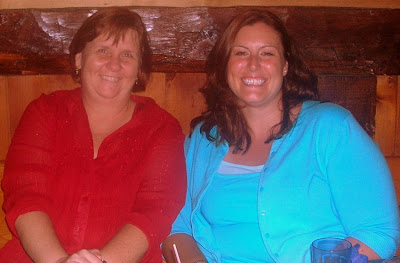