Lots of Cleaning = No Blogging

********************
I took a day off from blogging today to do some much needed cleaning here at my humble abode as it was beyond cluttered and messy as far as I was concerned. Amanda could happily live in squalor and think nothing of it but I can only handle it for so long and then something needs to be done. So, while the daughter was off frolicking at The Big E with Jason, Amy, and Cate I was here practically chained to the vacuum cleaner!

Amanda left to go "play" around 9:30 and even though I had started picking up a few odds and ends around the house before she had even left, I didn't start cleaning in earnest until after she had left on her way to clam cakes, baked potatoes, and other Fair-type delicacies. At that point I launched a full-scale attack on the living room followed by a charge upon the dining room before I finished up with a full-scale assault on the kitchen. In between the major battles, I fought minor skirmishes with the laundry and Amanda's bedroom, too. The battle has been won but I definitely feel like I just spent the day in the trenches!

I had hoped to mow the lawn and clean the rims on the wheels of my car, too, but I never got to outside tasks as it seems that the time just flew while I was cleaning the inside. I couldn't believe it was after 2:00 when I glanced at the clock while filling the bucket and grabbing the mop to do the kitchen floor. It seemed like I had just started, how could I have been over four hours into the project already? And I have a small house to boot! I guess this is what happens when you get so absorbed in blogging that you forget that you have a house to keep clean around you!

My friend Paula called around 4:15 or so to firm up our plans for the evening which entailed a dinner out at a local restaurant that I had a gift certificate for. We settled on 6:00 to meet which we figured gave us both plenty of time to finish up what we were doing, hit the shower, and get to the restaurant. Personally, I could have happily stayed in the shower for hours on end but that wasn't part of the plan. Rats!

Meanwhile, fun times at The Big E were wrapping up and Amanda was on her way home to grab clothes and plushie supplies as she had been invited to spend the night at Cate's again. I got to hear about all the great stuff they saw at the fair - a miniature horse, a display of cbu mailboxes (yeah, okay, I had to work that in somewhere!), cheese from New Hampshire, lobsters from Maine, jerky made from ostrich, deer, and buffalo ... the list went on and on. She brought home treasures, too - a piece of papyrus with her name spelled out in hieroglyphics, a pan flute, incense, and a slingshot ... a slingshot?? Why on earth did Amanda buy a slingshot? I don't think I want to know!

She also had a bag of deep-fried Oreos for me and proceeded to eat one herself and get powdered sugar all over the floor I spent a good part of the day cleaning! AUGH!! I told her to go eat the thing over the sink before I beat her with the broom (ah yes, there's goes my nomination for "Mother of the Year" yet again)! Apparently she had an absolutely wonderful time and didn't drive Jason and Amy too crazy as they were willing to keep her overnight again. I've not decided if they are Saints or gluttons for punishment!

Shortly after she left again, I met up with Paula and we had a lovely delayed birthday get-together where I actually tried fried calamari for the very first time and found it to be quite tasty after all. I think I was just afraid of the whole oh-my-gosh-I'm-eating-squid thing but it appears my fears were for naught! I also had a delicious drink called a "Frozen Alligator" which was a Pina Colada blended with Creme de Menthe and Creme de Cocoa. YUMMY!! It was nice to have a chance and get caught-up as I hadn't seen Paula since before Jamie left in July. She's been pretty busy getting settled into her new school year at Grasso Tech as well as working a part-time job and she was definitely up for a break, too!

So, now it's time for me to call it a day and none too soon as I am hideously sore and still can't breath through my nose despite having taken both an allergy pill and a separate Sudafed on top of it. I feel like the vacuum cleaner blew up in my face or something! 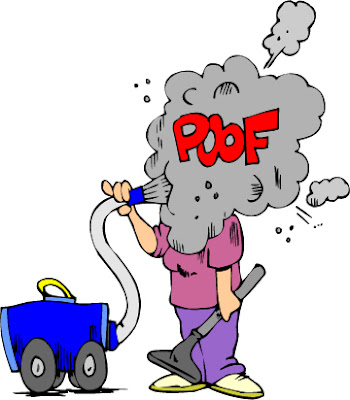 Hope everyone else had a wonderful Saturday doing something more fun than cleaning!
Posted by Linda at 9/29/2007