The Return of "Mom" 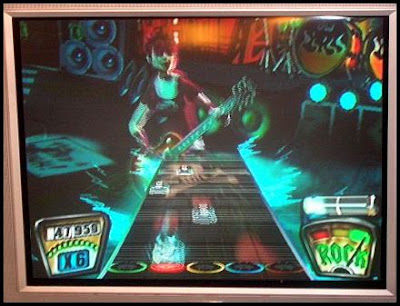 It's been awhile since I've had the chance to put down any tunes or work on my awesome guitar prowess with Guitar Hero II being that Dan took his PS2 home sometime in August (the nerve of the kid!) but tonight I'm going to get the chance to rock on again when Amanda and I go over to a friend's house to play the XBox 360 version.
I have a sneaky feeling I am going to be totally out of practice and will have reverted to my "oh wow, I really suck at this!" stage that will no doubt have the 'audience' booing me off the stage in no time flat but I'm really looking forward to it. Even if I play worse than William Hung sings, it's a night out with friends so what's not to look forward to?

Amanda is, of course, excited about the chance to try to play some My Chemical Romance tunes that aren't available on the PS2 version of the game. The only time she ever got to try an MCR tune on the XBox 360 version was over at her brother Mike's house this past summer. It was a short-lived moment of glory but she really loved trying to keep up with "Dead!" and made a valiant effort at the "hard" level. I'm sure she'll pick it right back up again, kids always do. As for me, well, it might not be as hot as the new Hannah Montana tour that everyone is talking about but tonight my band "Mom" will rock again! 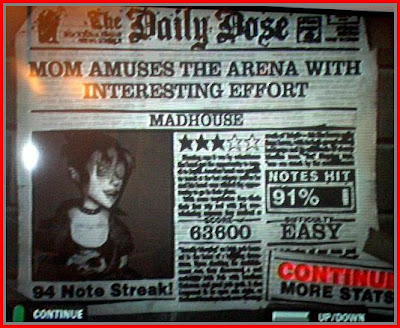 Come on back later and I'll let you know how it goes! There might even be pictures if you're lucky!
Posted by Linda at 9/15/2007