Sunday in the Cemetery 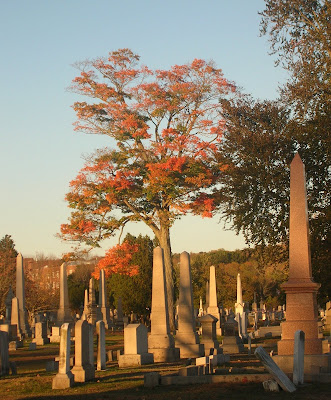 This is Yantic Cemetery and one of my favorite haunts - no pun intended! Established in July of 1844, the cemetery covers 28 acres near the William W. Backus Hospital here in Norwich - ever wonder why cemeteries are so close to hospitals?? 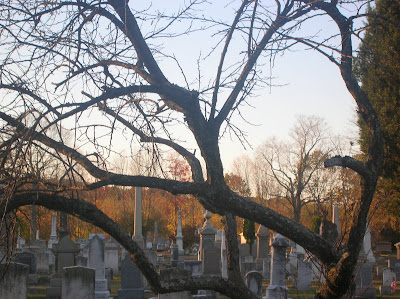 The final resting place for many of Norwich's prominent citizens, a former Connecticut governor, several Civil War generals, a host of other politicians. and a lot of other 'regular folk', I've enjoyed walking around this particular cemetery many times and have taken a lot of pictures there. 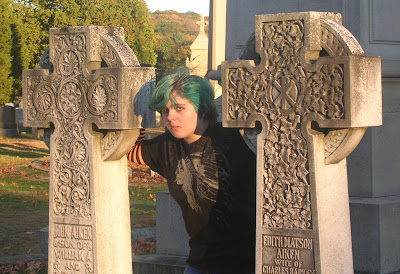 Amanda figured that with it being so close to Halloween and it finally being a nice day (we had rain pretty much all week), it would be a good time to get some new pictures for her MySpace page as well as maybe get a few shots of some foliage before it all blew off the trees in the strong winds we've been having. 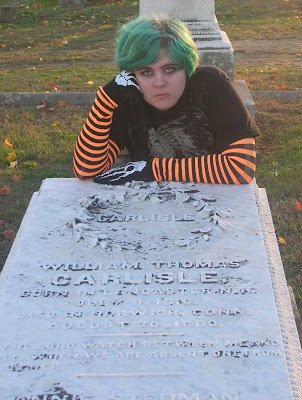 We tried to find some of the more unusual looking graves to get pictures of. This is a table top crypt (the type that Mo probably liked to dance on in his college days!). 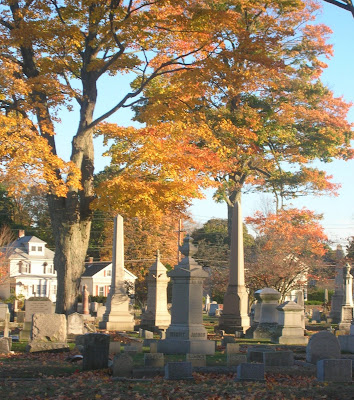 There were a few trees that had some very colorful foliage while others were completely bare while still others didn't have a single leaf that had turned yet. It was quite cold while we were walking amongst the stones and monuments but it seems like it's always colder in a cemetery for some reason. 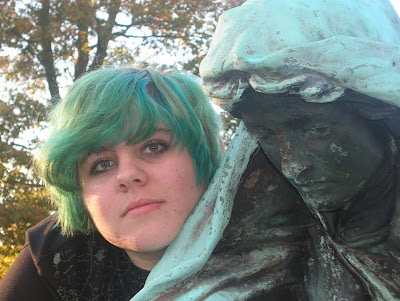 Here Amanda poses with Sarah, my very favorite monument in the cemetery. Kind of neat how the color of Amanda's hair almost matches the green that Sarah's copper has turned to, isn't it? 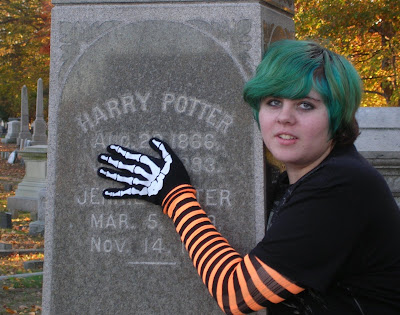 Oh - and for all those Harry Potter fans out there - look what we found! 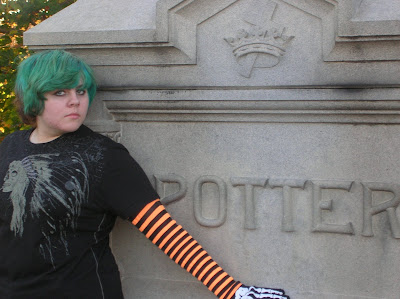 Obviously there were a lot of Potters that lived in Norwich and were buried in the Yantic Cemetery as we found another monument close by the first one. 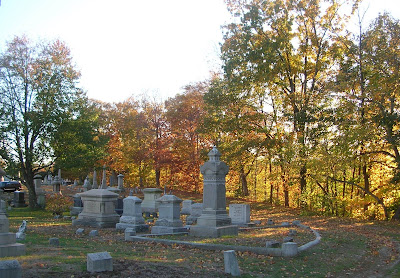 All in all, it was a nice day to be walking amongst those who lie in peace near the Yantic River. Soon there will only be bare trees watching as silent sentinels over the many headstones that stand as monuments to those who lie beneath them.

How was your Sunday? 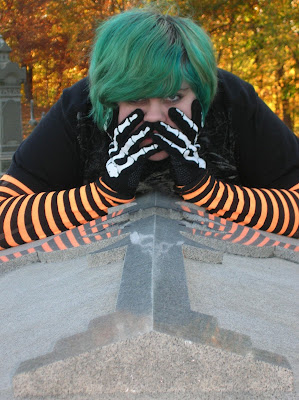